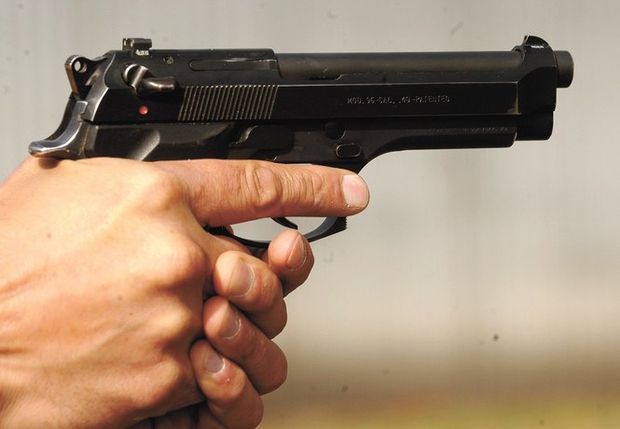 A pharmacy owner in Ohio opened fire on a group of robbers trying to steal from his store Friday, wounding one and scattering the rest.

The incident occurred at Highland Square Pharmacy in Akron at approximately 9 a.m., according to WKYC.

Police Lt. Richard Edwards said three men came into the store wearing dark colored clothing and covering their faces. Two of the perpetrators hopped over the pharmacy counter and yelled “don’t move” while they pulled plastic bags from their pockets. Fearing for his life, the store owner grabbed his 9mm handgun and opened fire on all three criminals, WKYC reports.

The owner fired several shots and managed to hit one of the robbers in the arm and chest. The assailants then ran outside into a Chevy Blazer and drove away, according to Cleveland.com.

Police said a suspect later showed up at a hospital in Barberton with gunshot wounds to the arm and chest, but police have yet to charge him with a crime.

Police are still searching for the other two suspects, described as black males between 16 and 20 years old, wearing all dark clothing, WHBC reports.