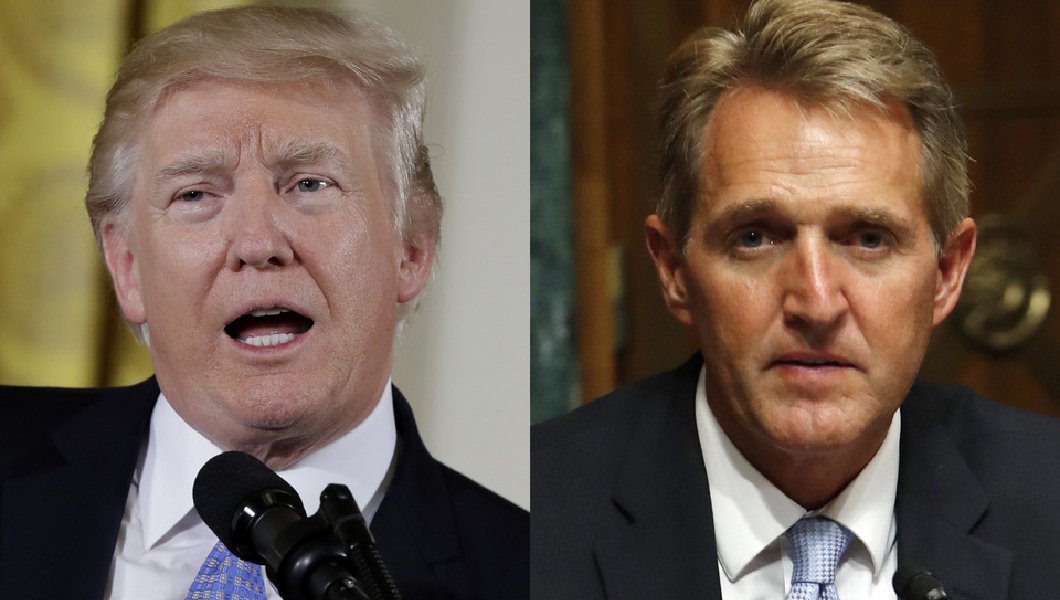 Sen. Jeff Flake, a lifelong Republican who is retiring from Congress in early 2019, continued to warn party members that the GOP is in trouble – and so is President Trump’s tenure.

‘When you look at some of the audiences cheering for Republicans sometimes you look out there and you say, “those are the spasms of a dying party,”‘ Flake said when asked if the GOP was in jeopardy of losing the House and the Senate next year.

Flake believed Republicans could lose their lock on both chambers because of the party’s lack of diversity and some of the alienating rhetoric coming from Trump.

‘If he continues on the path that he’s on … that’s gonna leave a huge swatch of voters looking for something else,’ Flake said on ABC’s This Week.

ABC’s Jonathan Karl then asked the senator if he thought an independent challenger would come into the presidential race.

While Karl tried to get Flake to articulate any presidential ambitions he may have, the Arizona lawmaker answered ‘that’s not in my plans,’ but ‘I don’t rule anything out.’

Karl also asked the senator if he thought Trump would make it through all four years of his first term.

Flake answered that he doesn’t get ‘caught up’ on the impeachment chatter that’s coming from the political left, though outlined a number of missteps the president has made in regards to the Russia matter.

‘I mean, I look at that last campaign and I think, “Was the campaign even capable of colluding with anybody?” It was so chaotic and what not,’ Flake said. ‘But the problem is, as they always say, the cover up. And the sensitivity that the White House has to the special counsel and this investigation is troubling.’

As an example, Flake pointed to the May firing of FBI Director James Comey, a move by Trump that led to Deputy Attorney General Rod Rosenstein appointing Robert Mueller as a special counsel to take over the Russia probe.

EU Militarizes Parts of Africa In An Effort To Halt Migration