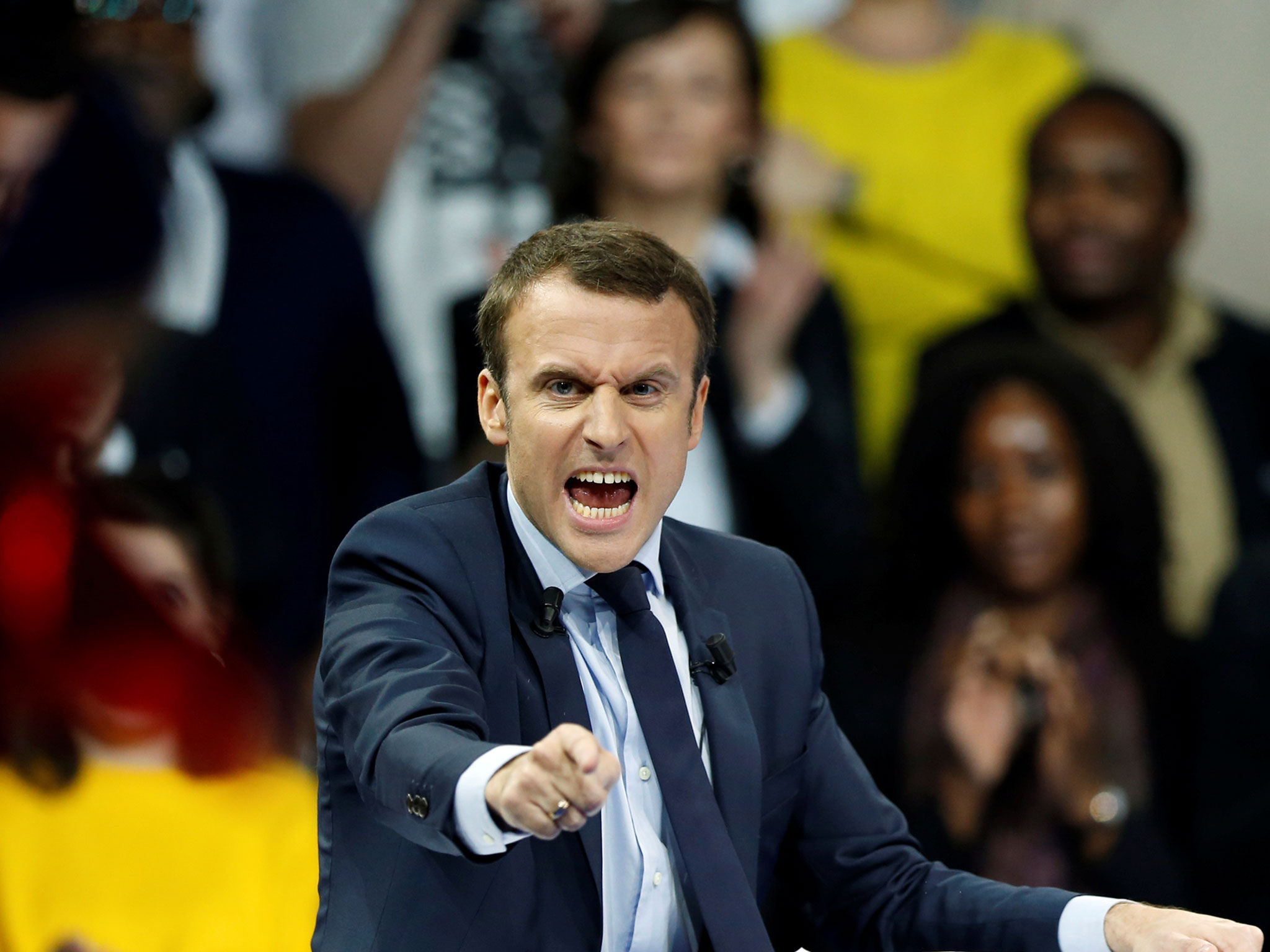 When a socialist addressed the world’s biggest gathering of billionaires and corporate titans, he had a simple, if predictable message: share the wealth.

Emmanuel Macron, France’s 40-year-old president and considered by many Angela Merkel’s successor as the new face of Europe, made his debut speech at the annual meeting of the World Economic Forum in Davos in front of a star-studded crowded, even by Davos’s standards, which included King Felipe of Spain, Christine Lagarde and Total CEO Patrick Pouyanne among those in the audience. Macron told them “it’s time for a new framework to rein in the excesses of global capitalism”: invest, share and protect.

“This framework should be based on cooperation and multilateralism,” Macron said quoted by Bloomberg. “This new framework is the unique way to protect our interests in the long run.”

And yet, despite the superficial aura of the wealth redistribution narrative and speech, which was addressed as much to his audience in France as in Davos, the message had a hollow ring as France Macron’s growing critics have already dubbed him “president of the rich” amid his push to cut back some protections for workers and lower taxes.

Taking a not so veiled swipe at Trump’s tax cuts and trade policy, and speaking in a mix of French and English “like Canada’s Justin Trudeau, with whom he shares both political views and style” Macron called on executives and officials to avoid a “race to the bottom” on taxes and trade standards, and instead to focus on the common good, social cohesion, health, education, climate and the fight against inequalities.

Channeling the ghost of Karl Marx, Macron said there is a “crisis of capitalism” and warned that “the spoils are not being shared fairly.”

Which is ironic because the only reason behind Europe’s record wealth gap is the same reason French banks – such as Rothschild where Macron worked previously – have evaded insolvency and liquidation: the ECB’s backstops and asset price reflation. Surely a banker like Macron would be aware of this.

So instead of addressing the root cause of everything that is wrong in Europe and the world, Macron decided to do what every other politician so skillfully does: deflect.

Instead, he repeated his plea to giant tech companies Google Inc., Facebook Inc., Apple Inc and Amazon.com Inc. “to pay a fair share” of taxes as they displace traditional industries as the biggest sources of revenue in the global economy. He said their tax optimization strategies are hurting ordinary people and undermining governments.

“I want these changes, but they must pay their taxes,” he said.

Well, it’s politicians like you, monsieur, that made tax avoidance strategies legal around the globe, so perhaps instead of begging companies to do something they have spent money to lobby against by purchasing other politicians fair and square, the first matter at hand is to change the laws. Ah, but as everyone knows, implementing unpopular rules is something that promptly truncates political careers, which is why it is much safer to keep on begging…

For now Macron doesn’t have to beg too much: unlike his socialist predecssor Hollande who was so unpopular he didn’t even bother running for another term, Macron’s approval rating has stabilized around 50% after taking a dive during the fall as he emerged from the honeymoon period that followed his surprise election victory in May.

The president also used his speech to repeat the mantra of his first months in office: “France is back”, the French equivalent of “MAGA.”

“France is back at the core of Europe,” he said. “Because we will never have any French success without success in Europe.”

Illinois Has A Serious Tax & Debt Problem – Here’s Why

“Do We Work For Them, Or Do They Work For Us?” – Judge Andrew Napolitano