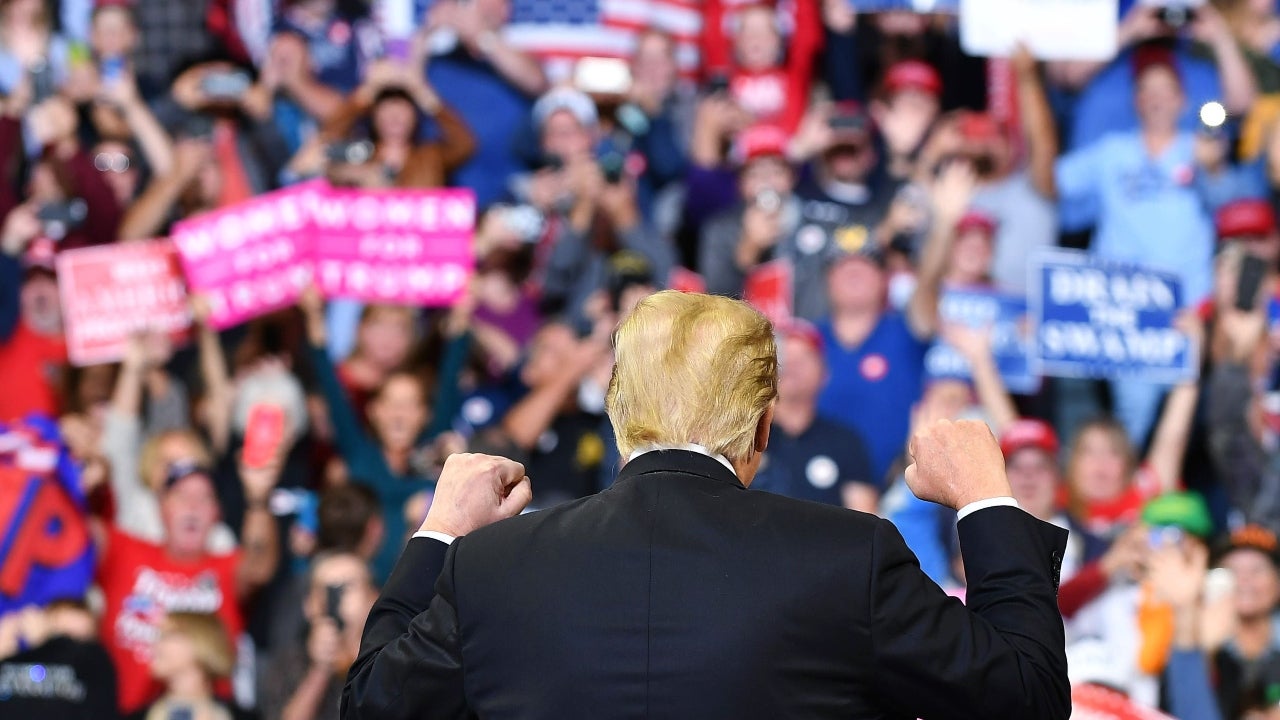 Why is the left so petrified of Trump rallies?

In poker there is a thing called a tell. This is where your body language gives away your cards. The Democrats biggest tell is relentlessly trying to stop a Trump rally at all costs. One thing I have learned about the left is they will try to stop anything they are fearful of. They do it out in the open. This is their tell. They have vigorously tried to shutdown Trump on Twitter and social media. Trump has 186 million followers on combined social media. He is very powerful. He has almost half the population of America on his social media with whom he can directly communicate without the faulty corrupt filter of the media. They hate not being able to shape that messaging. The media lies, then Trump can refute instantaneously to his massive following. A reporter asked Trump since he is complaining about conservative censorship on social media like twitter, has he ever thought of deleting his account? Trump said yes of course he has. Paraphrasing Trump, if I had an honest news media I wouldn’t need social media! BOOM!

The rallies are also direct contact with the people, 25% of which are registered Democrats. This is another sore spot for the left. Democrats are walking away from the party in record numbers. The Dems have adopted identity politics which makes it almost impossible to keep middle American White working class voters. So now the chase is on for illegals to fill that voter loss. They are also hurting in losing the Black vote and voter apathy of those loyal Black supporters sitting at home on election day. A new Rasmussen poll had Trump Black approval at 41%.  If he gets anywhere near that in Black voter support in the election the Democrats are done. Many Democrats voted for Trump. This is a fact the media steers clear of. But please, please let me remind you. 200 counties in America that voted twice for Barack Obama hopped on the Trump Train in 2016! This is another self inflicted wound by the Democrats. Whites who’ve voted twice to support the first Black President resent being called racist on a daily basis by the radical and mainstream left. Their policies aren’t working and they are alienating many of their core supporters. The media will cover for them and say everything is peachy keen and Trump is a monster, when in reality the Trump support is higher than Ronald Reagan among Republicans and nothing demonstrates that fact more than a good ole fashioned Trump #MAGA Rally! 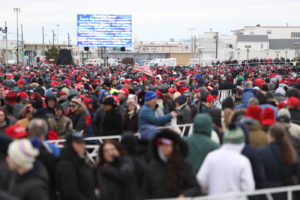 Trump even had a massive crowd in the liberal state, my home state of New Jersey. Routinely there are tens of thousands of people outside of a Trump rally. There are more people outside of a Trump rally than inside of a Biden rally. Let that sink in. Trump can pull this massive crowd anywhere he goes in America dispelling the lie that he is widely unpopular. No politician in history has had Trumps consistently huge rally turn out numbers. Not even Barack Obama. This New Jersey rally was sparked by congressman Jeff van Drew who had become so disenchanted with the Democrat party threatening him that he must vote for impeachment of the president on their flimsy charges or he would be attacked and ostracized from his own party. Jeff van Drew defected and is now a proud Republican and Trump astutely rewarded the new GOP member with a massive rally in his home district that was very well received. 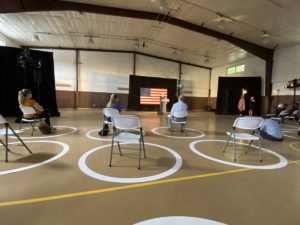 In politics visuals and messaging are paramount. The left does not want to juxtapose the Biden event with roughly 20 people in social distancing circles against a mega #MAGA rally from Team Trump! What is Biden’s resonating message? He has none or it could be…..C’mon man! Hillary Clinton also had no real cohesive messaging. Sooner or later they will realize you need more than I hate Trump to be your message. America wants to know what you are for not just what you are against. Trump promised to make America Great Again which in his goals made sense to middle America and Americans in general. Securing our borders, bringing manufacturing jobs back, renegotiating trade deals which sent all of our manufacturing jobs overseas, getting rid of sanctuary cities that are protecting illegal alien criminals, law and order and building a sustainably strong economy and energy independence. These are tried and true very simple policies which your average American can get behind. Most importantly he has delivered on 99% of those goals. Which aside from the skewed methodology on polling does not bode well for the stumbling bumbling Biden gaffe machine campaign.

If you have ever been in entertainment you know the best time to sell to supporters is at a live event. Trump knows this also. Many fence sitters have went to a Trump rally and saw first hand it’s not the Klan get together the media portrays it to be. I get 15 to 20 emails daily from all various aspects of the Trump campaign. They are very astute with their social media campaign, while Joe Biden has trouble making a video in his basement with written notes and grade school direction. A new Zogby Poll reported 55% of likely American voters think Joe Biden is in cognitive decline. Now with numbers like this how can you really think that Biden is a serious candidate.

Let’s look back at former President Richard Nixon. He has been vilified and taken out of the history books for getting impeached, but for historical context let’s look at some aspects of his election and presidency. After the great riots of 1968 a Republican garnered 32 states in his election. After left wing chaos and riots the country will turn to GOP law and order. Nixon’s re-election he won 49 states and he was in close consultation with Rev. Dr. Martin Luther King Jr. When MLK was arrested in one of his marches he called Nixon. Nixon was hesitant to get involved in the hot racially charged events and did not quickly get back in touch with Dr. King. The Kennedy campaign seized the political opportunity and that gesture of goodwill to Dr. King swung many Blacks to the Democrat party. So many are thinking the chaos and riots will be blamed on Trump while just the opposite will happen.

The Trump Tulsa rally will be the biggest one yet and that is saying something for the campaign which regularly packs arenas nationwide. The Democrats will futilely try to smear and stop it in anyway possible but the juggernaut will powerfully move forward.

This is America, or is it?