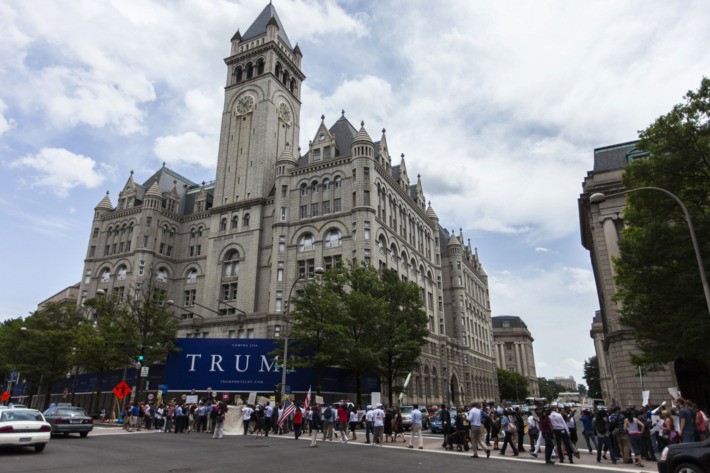 Trump International Hotel in Washington., D.C. was projected to lose money, but it raked in a staggering $2 million in four months, according to a Friday report.

Despite frequent protests outside the hotel and the fact that most luxury hotels do not make substantial profits in their first years, President Donald Trump’s hotel hit an unexpected profit, Axios reported. The hotel, opened in 2016 and reconstructed out of an old post office close to the White House, is now a hot gathering spot for Trump fans, tourists and conservative groups.

While the hotel expected to lose $2 million in its first year, it cashed in almost that same amount in profits. Perhaps one factor that played into this increase was the spike in room rates following the presidential inauguration.

“Even the critics of the Washington property acknowledged that it actually turned out better than maybe expected — one of the better of the Trump properties, if not among the best,” Bjorn Hanson, a professor of tourism and hospitality at New York University, told The Daily Beast.