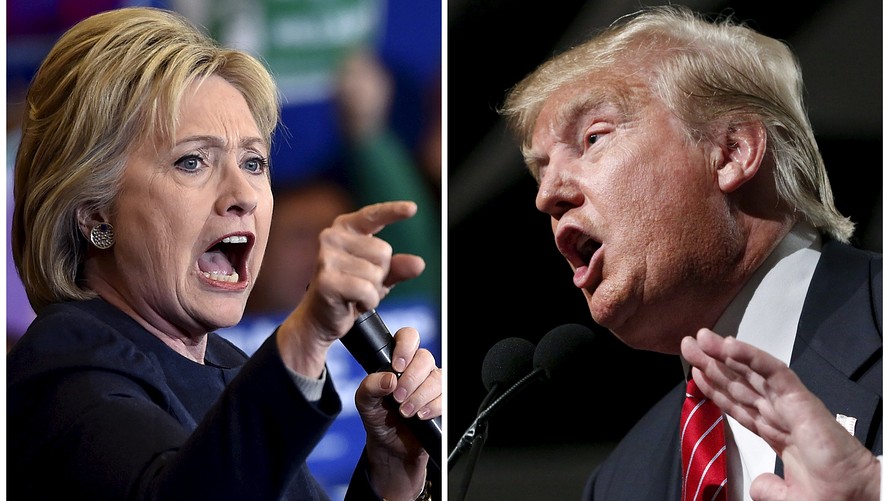 Donald J. Trump
✔
@realDonaldTrump
WOW, @foxandfrlends “Dossier is bogus. Clinton Campaign, DNC funded Dossier. FBI CANNOT (after all of this time) VERIFY CLAIMS IN DOSSIER OF RUSSIA/TRUMP COLLUSION. FBI TAINTED.” And they used this Crooked Hillary pile of garbage as the basis for going after the Trump Campaign!

As a reminder, we know three things for sure:

(1) The Steele dossier was a Clinton campaign product. If it was used by the FBI and the Obama Justice Department to obtain a FISA warrant, that would mean law-enforcement agencies controlled by a Democratic president fed the FISA court political campaign material produced by the Democratic candidate whom the president had endorsed to succeed him. Partisan claims of egregious scheming with an adversarial foreign power would have been presented to the court with the FBI’s imprimatur, as if they were drawn from refined U.S. intelligence reporting. The objective would have been to spy on the opposition Republican campaign.

(2) In June of this year, former FBI director James Comey testified that the dossier was “salacious and unverified.” While still director, Comey had described the dossier the same way when he briefed President-elect Trump on it in January 2017. If the dossier was still unverified as late as mid 2017, its allegations could not possibly have been verified months earlier, in the late summer or early autumn of 2016, when it appears that the FBI and DOJ used them in an application to the FISA court.

(3) The dossier appears to contain misinformation. Knowing he was a spy-for-hire trusted by Americans, Steele’s Russian-regime sources had reason to believe that misinformation could be passed into the stream of U.S. intelligence and that it would be acted on — and leaked — as if it were true, to America’s detriment. This would sow discord in our political system. If the FBI and DOJ relied on the dossier, it likely means they were played by the Putin regime.

Manifestly, the DOJ and FBI were favorably disposed toward Steele and Fusion GPS. I suspect that these good, productive prior relationships with the dossier’s source led the investigators to be less exacting about corroborating the dossier’s claims.

But that is just the beginning of the bias story.

At a high level, the DOJ and FBI were in the tank for Hillary Clinton. In July 2016, shortly before Steele’s reports started floating in, the FBI and DOJ announced that no charges would be brought against Mrs. Clinton despite damning evidence that she mishandled classified information, destroyed government files, obstructed congressional investigations, and lied to investigators. The irregularities in the Clinton-emails investigation are legion: President Obama making it clear in public statements that he did not want Clinton charged; the FBI, shortly afterwards, drafting an exoneration of Clinton months before the investigation ended and central witnesses, including Clinton herself, were interviewed; investigators failing to use the grand jury to compel the production of key evidence; the DOJ restricting FBI agents in their lines of inquiry and examination of evidence; the granting of immunity to suspects who in any other case would be pressured to plead guilty and cooperate against more-culpable suspects; the distorting of criminal statutes to avoid applying them to Clinton; the sulfurous tarmac meeting between Attorney General Lynch and former President Clinton shortly before Mrs. Clinton was given a peremptory interview — right before then–FBI director Comey announced that she would not be charged.

The blatant preference for Clinton over Trump smacked of politics and self-interest. Deputy FBI director McCabe’s wife had run for the Virginia state legislature as a Democrat, and her (unsuccessful) campaign was lavishly funded by groups tied to Clinton insider Terry McAuliffe. Agent Strzok told FBI lawyer Page that Trump was an “idiot” and that “Hillary should win 100 million to 0.” Page agreed that Trump was “a loathsome human.” A Clinton win would likely mean Lynch — originally raised to prominence when President Bill Clinton appointed her to a coveted U.S. attorney slot — would remain attorney general. Yates would be waiting in the wings.

The prior relationships of trust with the source; the investment in Clinton; the certitude that Clinton would win and deserved to win, signified by the mulish determination that she not be charged in the emails investigation; the sheer contempt for Trump. This concatenation led the FBI and DOJ to believe Steele — to want to believe his melodramatic account of Trump-Russia corruption. For the faithful, it was a story too good to check.

The DOJ and FBI, having dropped a criminal investigation that undeniably established Hillary Clinton’s national-security recklessness, managed simultaneously to convince themselves that Donald Trump was too much of a national-security risk to be president.

As we previously concluded, while there is a dearth of evidence to date that the Trump campaign colluded in Russia’s cyberespionage attack on the 2016 election, there is abundant evidence that the Obama administration colluded with the Clinton campaign to use the Steele dossier as a vehicle for court-authorized monitoring of the Trump campaign — and to fuel a pre-election media narrative that U.S. intelligence agencies believed Trump was scheming with Russia to lift sanctions if he were elected president. Congress should continue pressing for answers, and President Trump should order the Justice Department and FBI to cooperate rather than — what’s the word? — resist.