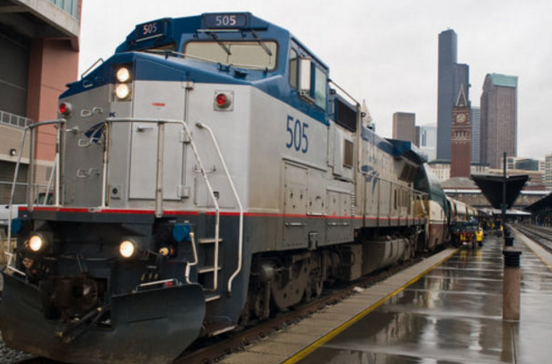 Trump is scrapping a proposal by former-President Barack Obama for the federal government to cover half the cost of the new line. New Jersey and New York would cover the other half of the cost under the Obama-era proposal.

Department of Transportation Deputy Administrator K. Jane Williams notified State officials in response to an updated proposal to fund the states’ half of the price tag through federal loans. The states’ proposal referenced the Obama administration’s plan for the federal government to underwrite the project as an “agreement.”

“Your letter also references a non-existent ’50/50′ agreement between USDOT, New York, and New Jersey. There is no such agreement,” Williams’ letter said, according to Crain’s New York Business. “We consider it unhelpful to reference a non-existent ‘agreement’ rather than directly address the responsibility for funding a local project where nine out of 10 passengers are local transit riders.”

The proposed line would shuttle tens of thousands of commuters daily in one of the United States’ most important economic areas.

Trump is preparing a bill to pour funding into an overhaul of the U.S. infrastructure system. Including federal funding for the New Jersey/New York rail into his infrastructure bill could be a way to pressure lawmakers from those states into voting for the infrastructure package.

Trump met with state Governors Andrew Cuomo of New York, a Democrat, and Republican Chris Christie of New Jersey in November to discuss the project. Cuomo said after that the meeting had been “productive,” but “inconclusive,” according to Reuters.

The White House acknowledged after the meeting, the project “will require a strong partnership” between the states and federal government to complete.