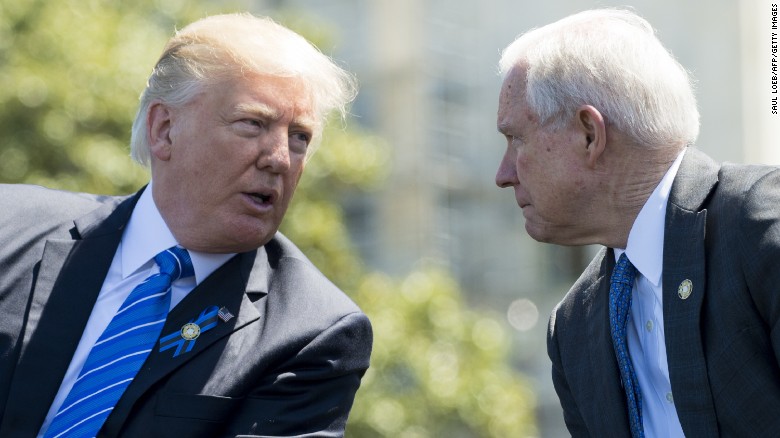 President Trump broke with the Department of Justice last week by calling for the release of a four-page “FISA memo” purportedly summarizing widespread surveillance absues by the FBI, DOJ and Obama Administration, reports the Washington Post.

The President’s desire was relayed to Attorney General Jeff Sessions by White House Chief-of-Staff John Kelly last Wednesday – putting the Trump White House at odds with the DOJ – which said that releasing the classified memo written by congressional republicans “extraordinarily reckless” without allowing the Department of Justice to first review the memo detailing its own criminal malfeasance during and after the 2016 presidential election.

The decision to release the memo ultimately lies with congress.

Somehow WaPo knew that Kelly and Sessions spoke twice last Wednesday – once in person during a “small-group afternoon meeting” and again that night over the phone.

Trump “is inclined to have that released just because it will shed light,” said a senior administration official who was speaking on the condition of anonymity to recount private conversations. “Apparently all the rumors are that it will shed light, it will help the investigators come to a conclusion.”

The memo, written by staffers for House Intelligence Committee chairman Rep. Devin Nunes (R-CA), was made available for all Congressional House members in mid-January for viewing in a secure room. Lawmakers who have seen the document have called for its release to the general public, as it is said to contain “jaw dropping” revelations of extensive abuse of power and highly illegal collusion between the Obama administration, the FBI, the DOJ and the Clinton Campaign against Donald Trump and his team during and after the 2016 presidential election.

“I have read the memo,” tweeted Rep. Steve King (R-IA), adding “The sickening reality has set in. I no longer hold out hope there is an innocent explanation for the information the public has seen. I have long said it is worse than Watergate. It was #neverTrump & #alwaysHillary. #releasethememo.”

“It is so alarming the American people have to see this,” Ohio Rep. Jim Jordan told Fox News. “It’s troubling. It is shocking,” North Carolina Rep. Mark Meadows said. “Part of me wishes that I didn’t read it because I don’t want to believe that those kinds of things could be happening in this country that I call home and love so much.”

Military Are “Dumbsh*ts, Lowest Of Our Low” Says California Councilman