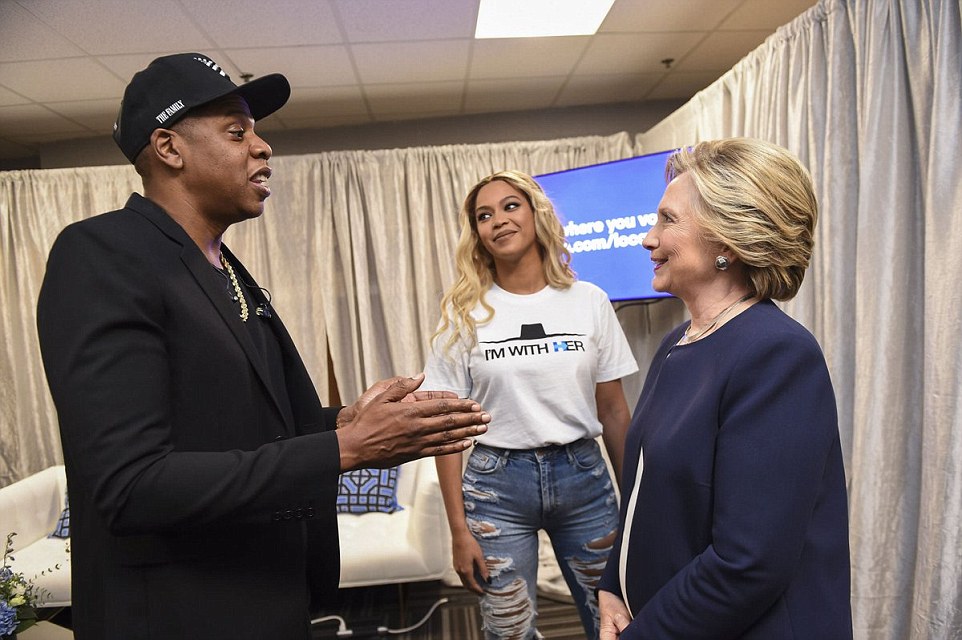 The rapper who penned the classic track “Dead Presidents” is now feuding with one who is very much alive.

President Trump lashed out at Brooklyn-born rapper Jay Z Sunday morning after he criticized Trump during an interview with CNN Saturday, saying reports that Trump referred to African nations as “shithole” countries were “hurtful” and “disappointing.”

In a tweet, Trump claimed that somebody should remind Jay-Z that black unemployment in the US has fallen to its lowest-recorded rate – something Trump attributed to his policies.

“It is disappointing and it’s hurtful. It really is hurtful, more than so … everyone feels anger but after the anger, it’s real hurtful,” said Jay Z, whose real name is Shawn Carter, during an interview with CNN’s Van Jones that aired Saturday.

The rapper said Trump’s reported comment – which the president has denied – was “how people talk … behind closed doors”.

He then compared the remark, allegedly made in a meeting with senators, to a recorded phone conversation involving the then LA Clippers owner Donald Sterling which cost him control of the NBA team in 2014.

Sterling’s public downfall, Jay-Z said, led “all of the other closet racists [to] just run back in the hole”

“You haven’t fixed anything,” he said. “You have sprayed perfume on the trash can. What you do when you do, that is the bugs come. You spray something and you create a superbug because you don’t take care of the problem.”

“You don’t take the trash out, you keep spraying whatever over it to make it acceptable. As those things grow, you create a superbug. And then now we have Donald Trump, the superbug.”

One Neighborhood In Baltimore Has Highest Vacancy Rate Across Nation