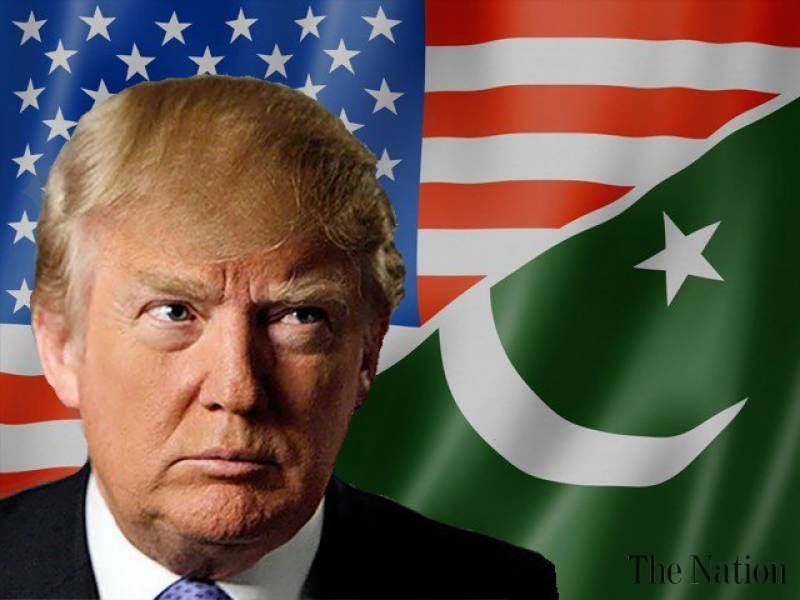 The Trump administration is about to deny Pakistan $255 million worth of military aid after the terrorist-harboring nation “did not take substantial action against the Afghan Taliban or [the Haqqani Network], or substantially limit their ability to threaten U.S. interests in Afghanistan,” according to an annual State Department report on terrorism.

“The United States does not plan to spend the $255 million in FY 2016 in Foreign Military Financing for Pakistan at this time,” a US National Security Council spokesperson told the Hindustan Times, one of India’s largest newspapers.

“The President has made clear that the United States expects Pakistan to take decisive action against terrorists and militants on its soil, and that Pakistan’s actions in support of the South Asia Strategy will ultimately determine the trajectory of our relationship, including future security assistance,” writes The Times.

During a mid-October incident in which Pakistani forces freed a Canadian-American family and captured one of the Jihadi abductors belonging to the Taliban-linked Haqqani network, Pakistani officials rejected US requests to access the man – as authorities believed he could provide valuable information about at least one more American hostage.

American officials are eager to learn what the militant knows about Kevin King, an American university professor who was kidnapped along with Timothy Weeks, an Australian citizen, in August 2016. Mr. King is believed to be alive but ill and American officials are hopeful that he and Mr. Weeks might be released.

Another American, Paul Overby, vanished in 2014 in Afghanistan. Mr. Overby was trying to interview the leader of the Haqqani network when he disappeared. -NYT

While the Hindustan times is reporting that the Trump administration has already decided to withhold the aid, the New York Times reported on Friday that a final decision is expected in the next few weeks, and will depend on an unknown set of conditions Pakistan would need to meet in order to receive the aid. Pakistan, however has few friends in the Trump administration.

Lt. Gen. H.R. McMaster, the national security adviser, served in Afghanistan, where he saw firsthand how Pakistan meddled in its neighbor’s affairs. Lisa Curtis, the council’s senior director for South and Central Asia, brought critical views about Pakistan from her previous post at the conservative Heritage Foundation.

In a report she wrote in February with Husain Haqqani, Pakistan’s former ambassador to Washington, the two called for the administration to “avoid viewing and portraying Pakistan as an ally.” If Pakistan did not take steps to show its commitment to America’s counterterrorism goals, they wrote, Mr. Trump should strip it of its status as a major non-NATO ally. -NYT

Stripping Pakistan’s status as a major non-NATO ally would be far more punative than withholding the $255 million in Foreign Military Financing from the State Department, while Haqqani said Pakistani officials have been bracing for some kind of aid cutoff.

Defense Secretary James Mattis previously delayed a $50 million aid package to Pakistan in July by withholding a certification that the country had done enough to fight the Haqqani terrorist network. The State Department told the New York Times that Pakistan’s actions will ultimately determine the course of “security assistance in the future,” adding without further comment that conversations with Pakistan are ongoing.

Gen. Joseph L. Votel – head of the Pentagon’s Central Command which oversees Pakistan and Afghanistan, would not comment on the Haqqani operative, aside from that he was “probably pretty important,” and that militants involved in hostage-taking were “significant.”

“What we’re trying to do is to talk to Pakistan about this, and not try to communicate with them through public messaging,” said Votel.

Residents of Baltimore Blaming Murder Increase on Lack of Police. This After BLM Protesters Demanded Pullback