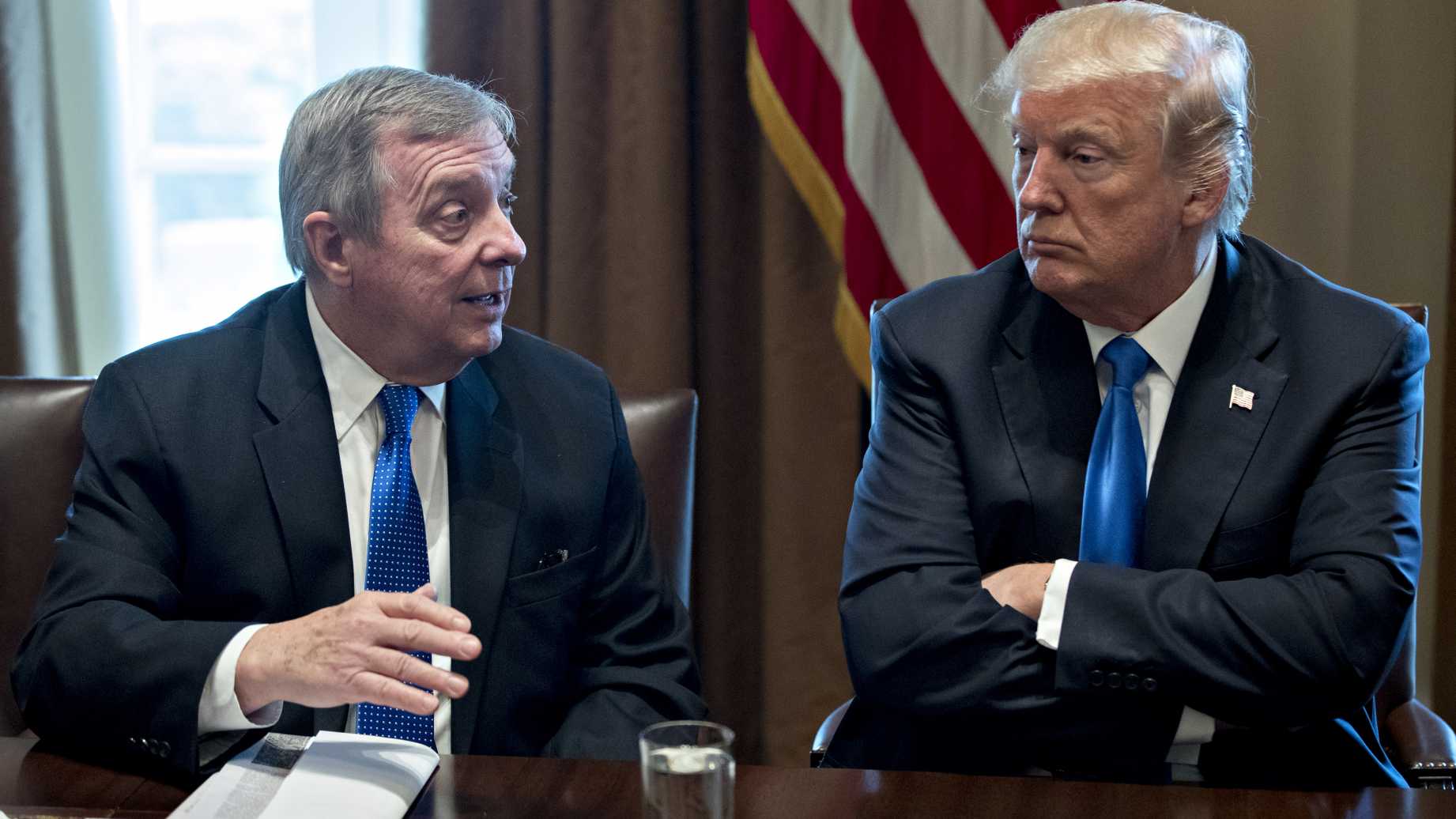 President Donald Trump came up with a new moniker for Sen. Dick Durbin (D-IL) on Monday, claiming that he misrepresented what was said in the DACA meeting last Thursday.

Trump dubbed Durbin, who has a history of lying about private White House meetings, as “Dicky Durbin” in a tweet, which states: “Senator Dicky Durbin totally misrepresented what was said at the DACA meeting. Deals can’t get made when there is no trust! Durbin blew DACA and is hurting our Military.”

The only statement which the media attributed to him that Trump denies saying is “take them out.” It is possible that Trump is telling the truth when he says that his comments are being misrepresented because the context of the meeting was private and will never be fully known.

What is known is that the media has a well-documented history of misrepresenting his comments.

Sen. Rand Paul (R-KY) proved on Sunday that Trump does care about Haiti when he revealed that the president, as a private citizen, was a large financial backer of a medical mission trip there which resulted in hundreds of Haitians getting life-changing eye surgery.

Chase Bank CEO: ‘Democrats Have Nobody For 2020’