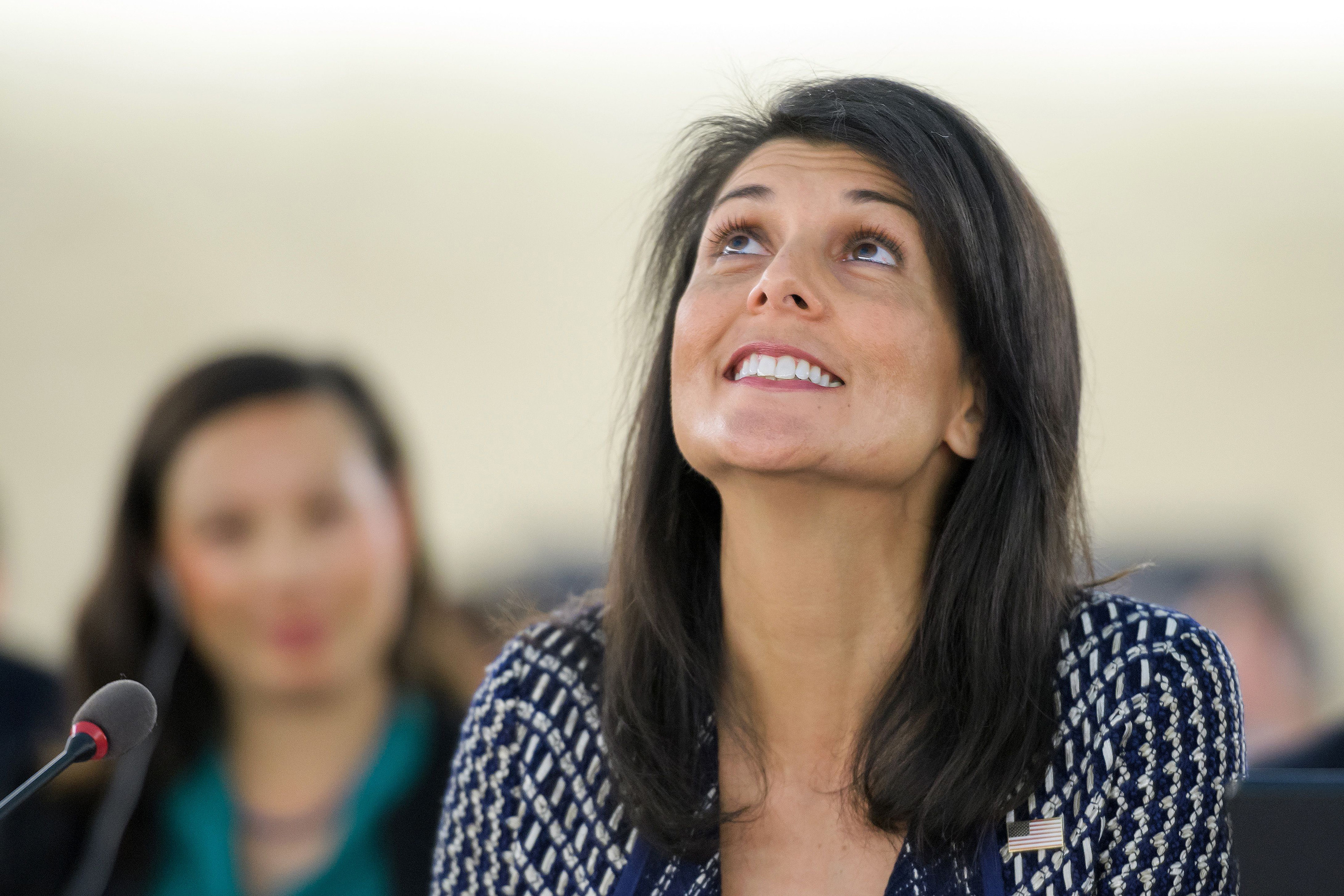 Today, the United Nations agreed on a budget for the 2018-2019 fiscal year. ‎Among a host of other successes, the United States negotiated a reduction of over $285 million off the 2016-2017 final budget. In addition to these significant cost savings, we reduced the UN’s bloated management and support functions, bolstered support for key U.S. priorities throughout the world, and instilled more discipline and accountability throughout the UN system.

Pleased with the cuts, Haley added “you can be sure we’ll continue to look at ways to increase the UN’s efficiency while protecting our interests.”

The move follows a contentious week at the U.N., after 128 nations voted in a “stunning rebuke” of President Trump’s decision to recognize Jerusalem as the capital of Israel. Prior to the vote, Trump threatened to cut foreign financial aid to any countries who opposed the move – first with a tweet by Ambassador Nikki Haley threatening that the US would be “taking names,” followed by comments made by Trump to reporters last Tuesday, according to Reuters.

U.S. President Donald Trump on Wednesday threatened to cut off financial aid to countries that vote in favor of a draft United Nations resolution against his decision to recognize Jerusalem as Israel’s capital.

Haley also circulated a letter to all UN member states effectively warning them not to vote against Trump’s decision. “As you consider your vote, I want you to know that the President and U.S. take this vote personally,” she wrote. “The President will be watching this vote carefully and has requested I report back on those countries who voted against us.”

As we now know, this accomplished absolutely nothing:

As we wrote last week, The outcome of the vote was hailed as a “victory” by Palestine. “We will continue our efforts in the United Nations and at all international forums to put an end to this occupation and to establish our Palestinian state with east Jerusalem as its capital,” Abbas’ spokesman Nabil Abu Rudainah said. Predictably, both Israel and the US were displeased.

The General Assembly vote came days after the U.S. vetoed a similar resolution in the U.N. Security Council. The panel’s other 14 members voted in favor of that measure – a move that Haley called an “insult” to the U.S. Shortly after the Security Council vote, Arab and Muslim leaders at U.N. called for an emergency special session of the General Assembly to discuss the U.S.’s Jerusalem decision.

In a defiant speech ahead of the General Assembly vote on Thursday, Riyad Al Maliki, the Palestinian foreign affairs minister, cast the Trump administration’s Jerusalem decision as an affront on regional peace and security that has isolated the U.S. from the international community. “Does the United States not wonder why it stands isolated in this position?” he asked.

Turkey, which has led the Muslim opposition to the US Jerusalem declaration, was among the first to speak at the meeting. Turkish Foreign Minister Mevlut Cavusoglu stressed that only a two-state solution and sticking to the 1967 borders can be a foundation for a lasting peace between Israel and Palestine. The minister said that since Jerusalem is the cradle for the “three monotheistic religions,” all of humanity should come together to preserve the status quo.

“The recent decision of a UN member state to recognize Jerusalem as the capital of Israel violates the international law, including all relevant UN resolutions. This decision is an outrageous assault on all universal values,” Cavusoglu said.

The United States contributes approximately 22 percent of the U.N. budget – or around $3.3 billion, which President Trump asked the State Department to cut by over 50% in March.

U.S. officials in Washington and New York learned during the past week that they will be asked to find ways to cut spending on obligatory and voluntary U.N. programs by 50 to 60 percent from the International Organization Affairs Bureau’s account. State Department officials, for instance, were told that they should try to identify up to $1 billion in cuts in the U.N. peacekeeping budget, according to one source. The United States provides about $2.5 billion per year to fund peacekeepers. -Foreign Policy

U.S. diplomats warned key U.N. members during a March 9 meeting in New York to “expect a big financial restraint” on American spending – which is not surprising following President Trump’s comments from last December:

Ambassador Haley was clear in her comments after the budget cut, telling the press “We will no longer let the generosity of the American people be taken advantage of or remain unchecked,” adding “This historic reduction in spending – in addition to many other moves toward a more efficient and accountable UN – is a big step in the right direction.