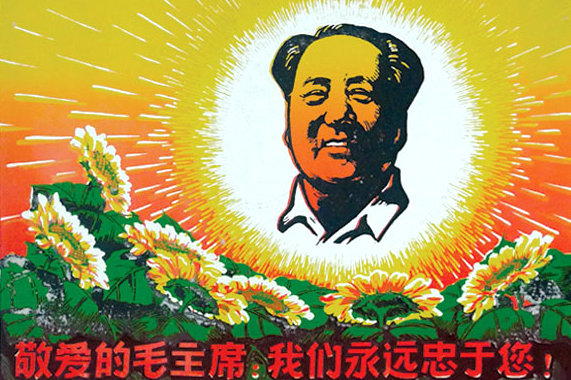 It’s a benign sounding name which immediately conjures up visions of enlightenment and ancient Eastern wisdom. Indeed, that appears to be precisely the intent. Effective propaganda always drapes itself in cuddly messaging in order to distract from the nefarious agenda underneath. This is exactly what’s going on with Chinese government funded Confucius Institutes, which have sprung up at 500 universities worldwide, including 100 in the U.S.

Until yesterday, I had never heard of these entities, their direct connection to Chinese government propaganda, or the extent to which they’re multiplying. I’m sure 90% of you are in the same boat. The only reason I know anything about them now is thanks to an excellent article published in Politico titled, How China Infiltrated U.S. Classrooms.

First, let’s examine the direct links these institutes have to official Chinese efforts to propagandize overseas.

The Confucius Institutes’ goals are a little less wholesome and edifying than they sound—and this is by the Chinese government’s own account. A 2011 speech by a standing member of the Politburo in Beijing laid out the case: “The Confucius Institute is an appealing brand for expanding our culture abroad,” Li Changchun said. “It has made an important contribution toward improving our soft power. The ‘Confucius’ brand has a natural attractiveness. Using the excuse of teaching Chinese language, everything looks reasonable and logical.”

Li, it now seems, was right to exult. More than a decade after they were created, Confucius Institutes have sprouted up at more than 500 college campuses worldwide, with more than 100 of them in the United States—including at The George Washington University, the University of Michigan and the University of Iowa. Overseen by a branch of the Chinese Ministry of Education known colloquially as Hanban, the institutes are part of a broader propaganda initiative that the Chinese government is pumping an estimated $10 billion into annually, and they have only been bolstered by growing interest in China among American college students.

“Coordinate the efforts of overseas and domestic propaganda, [and] further create a favorable international environment for us,” Chinese minister of propaganda Liu Yunshan exhorted his compatriots in a 2010 People’s Daily article. “With regard to key issues that influence our sovereignty and safety, we should actively carry out international propaganda battles against issuers such as Tibet, Xinjiang, Taiwan, human rights and Falun Gong. … We should do well in establishing and operating overseas cultural centers and Confucius Institutes.”

Beijing treats this project seriously, as evidenced by who runs the show. Hanban (shorthand for the ruling body of the Office of Chinese Language Council International, a branch of the Ministry of Education) is classified technically as a nonprofit agency, but it is dominated by Communist Chinese officialdom. Representatives from 12 top state agencies—including the Ministry of Foreign Affairs and the State Press and Publishing Administration, a propaganda bureau—sit on its executive council. Hanban’s director general is on the Chinese state council, the 35-member board that basically runs the country.

Why are colleges embracing this ,you ask? As is typically the case with such things, it’s all about the money. Universities that don’t want, or lack the resources to, spend the time or money on Chinese studies departments figure they’ll accept one for free even if its primary function is to disseminate foreign government propaganda.