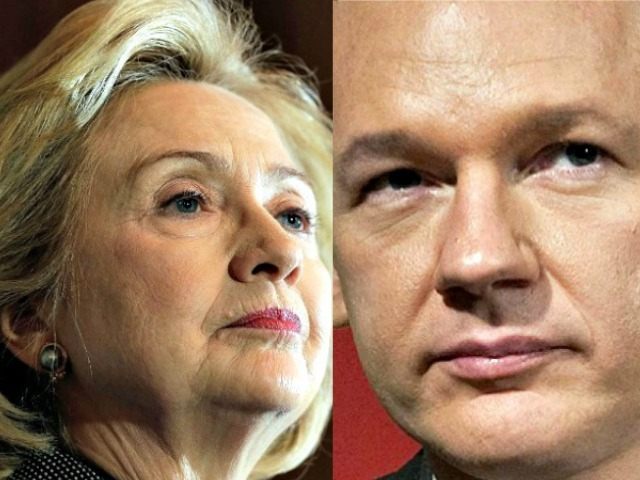 You thought 2017 was going to end without a bang — other than the fireworks?

After the New York Times on Saturday published a story headlined “Republican Attacks on Mueller and F.B.I. Open New Rift in G.O.P.,” WikiLeaks couldn’t stand it anymore. In a late-night post on Twitter, WikiLeaks revealed that a Times reporter used to feed State Department email updates of the stories the paper would be publishing DAYS before the stories appeared.

At the time, Hillary Clinton was the Secretary of State.

The heads-up email was intended to give State (and Clinton) time to come up with some spin for stories that may have caused problems. Or, in another possible scenario, the heads up could give the State Department time to create a diversion for the same day, thus overriding a damaging story with other news its friends in the mainstream media would happily cover instead.

The players in the WikiLeaks email are interesting. Scott Shane is the national security reporter for The Times. And the recipient of his email, Philip Crowley, was at the time the United States Assistant Secretary of State for Public Affairs under Clinton’s State Department.

As 2017 comes to an end, its clear the Clinton scandals won’t go away any time soon.

On Friday, the Justice Department released thousands of Clinton emails. “Several emails with classified information from former Hillary Clinton aide Huma Abedin were among a tranche of documents released Friday that were found on Anthony Weiner’s personal computer during an FBI probe,” USA Today reported.

After the emails were made public, Judicial Watch President Tom Fitton called the release a “major victory.”

“Judicial Watch has forced the State Department to finally allow Americans to see these public documents,” Fitton said. “That these government docs were on Anthony Weiner’s laptop dramatically illustrates the need for the Justice Department to finally do a serious investigation of Hillary Clinton’s and Huma Abedin’s obvious violations of law.”

The FBI said most of the emails ended up on Weiner’s computer because of backups from Abedin’s personal electronic devices. Former FBI Director James Comey has said investigators could not prove Abedin acted with criminal intent or “had a sense that what she was doing was in violation of the law.”

A November 2010 email was partially redacted due to “classified” and “confidential” information. It detailed a planned call between Clinton and Saudi Foreign Minister Prince Saud al-Faisal, where then-Secretary of State Clinton would warn al-Faisal about Wikileaks planning to release sensitive documents.