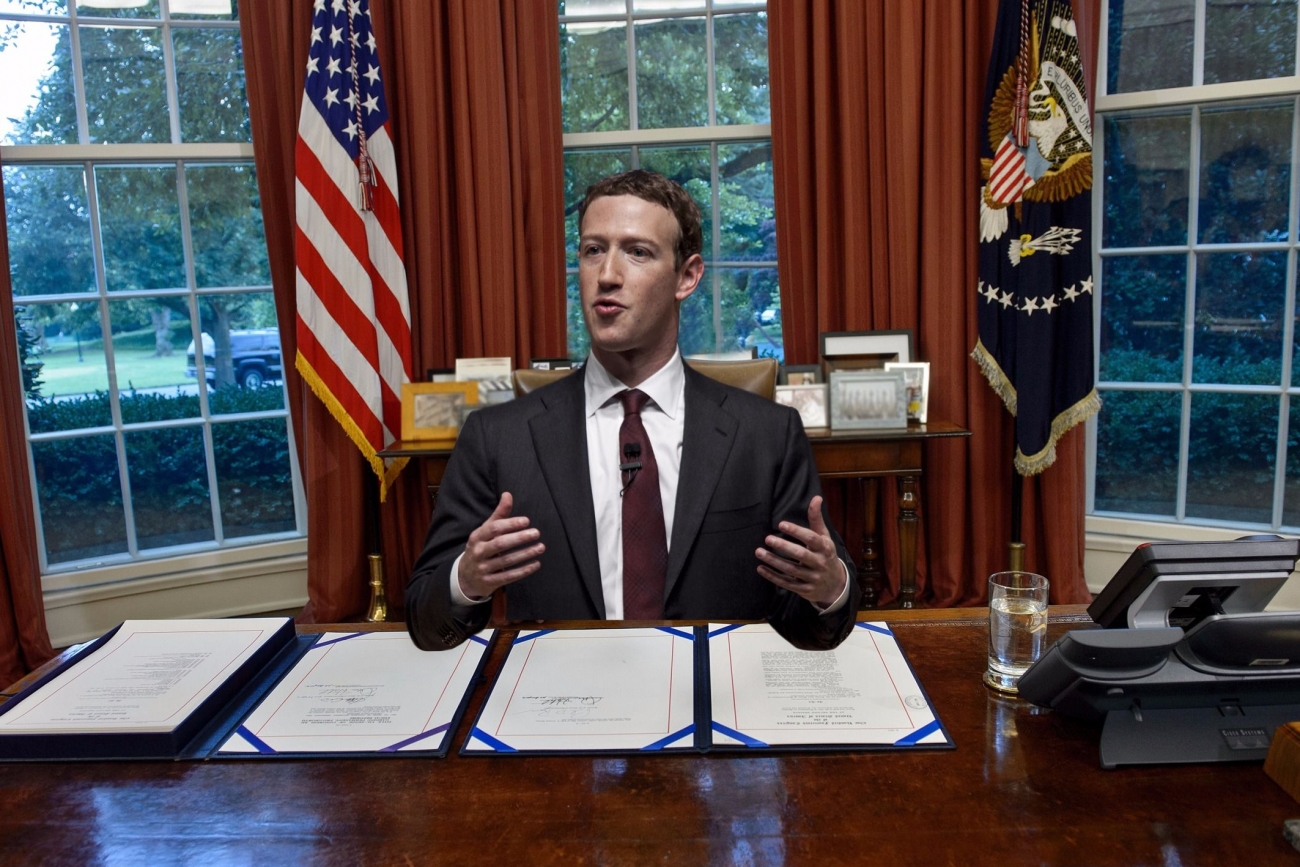 (Via Zerohedge)
By TD

Something must be terribly wrong with the world. A few days ago Elizabeth Warren agreed with Trump on China, now Bernie Sanders agrees with him about Amazon.

Bernie Sanders Agrees With Trump: Amazon Has Too Much Power

Independent Vermont senator and 2016 presidential hopeful Bernie Sanders echoed President Donald Trump in expressing concern about retail giant Amazon. Sanders said that he felt Amazon had gotten too big on CNN’s “State of the Union” Sunday, and added that Amazon’s place in society should be examined.

“And I think this is, look, this is an issue that has got to be looked at. What we are seeing all over this country is the decline in retail. We’re seeing this incredibly large company getting involved in almost every area of commerce. And I think it is important to take a look at the power and influence that Amazon has,” said Sanders.

A backlash against Facebook, a backlash against Amazon. Are these things connected? Actually, yes, they are connected. But not in a way that either Trump or Sanders has clued in to. Someone who has, a for now lone voice, is David Stockman. Here’s what he wrote last week.

It is said that even a blind squirrel occasionally finds an acorn, and so it goes with the Donald. Banging on his Twitter keyboard in the morning darkness, he drilled Jeff Bezos a new one – or at least that’s what most people would call having their net worth lightened by about $2 billion:

“I have stated my concerns with Amazon long before the Election. Unlike others, they pay little or no taxes to state & local governments, use our Postal System as their Delivery Boy (causing tremendous loss to the U.S.), and are putting many thousands of retailers out of business!” You can’t get more accurate than that. Amazon is a monstrous predator enabled by the state, but Amazon’s outrageous postal subsidy – a $1.46 gift card from the USPS stabled on each box – isn’t the half of it.

The real crime here is that Amazon has been exempted from making a profit, and the culprit is the Federal Reserve’s malignant regime of Bubble Finance. The latter has destroyed financial discipline entirely and turned the stock market into the greatest den of speculation in human history. That’s why Bezos can kill established businesses with impunity.

The casino allows him to run a pernicious business model based on “price to destroy”, rather than price for profit and a return on capital.Needless to say, under a regime of sound money and honest capital markets Amazon would be a far more benign economic creature. That’s because no real investors would value AMZN’s money-loosing e-Commerce business at $540 billion – nor even a small fraction of that after 25-years of profitless growth.

The bubble economy, the everything bubble, that we have been forced into, with QE, ultra-low rates, central banks buying trillions in what at least used to be assets, and massive buybacks that allow companies to raise their ‘value’ into the stratosphere, has enabled a company like Amazon to kill off its competition, which consists of many thousands of retailers, that do have to run a profit.

It’s a money scheme that allows many of the most ‘valuable’ tech companies to elbow their way into our lives, in ways that may seem beneficial to us at first, but in reality will only leave us behind with much less choice, far less competition, and many, many fewer jobs. Once it’s done someone will mention ‘scorched earth’. But for now they are everybody’s darlings; they are, don’t you know, the tech giants, the brainchildren of the best that the best among us have to offer.

They don’t all work the exact same way, which may make it harder to recognize what they have in common. For some it’s easier to see than for others. It’s also difficult to list them all. Here’s a few: Apple, Amazon, Facebook, Google (Alphabet), Tesla, Uber, Airbnb, Monsanto. Let’s go through the list.

Apple ? Yes, Apple too. But they make real things! Yes, but just as Apple CEO Tim Cook seeks to distance his company from the likes of Facebook on morals and ethics, he can’t deny that Apple sells a zillion phones to a large extent because everybody uses them to look at Facebook and Alphabet apps until their faces are blue. If data ethics are the only problem Cook sees, he’s in trouble.

Silicon Valley infighting shows that the industry does have an idea what is going wrong, in ways that should have already led to many more pronounced worries and investigations.