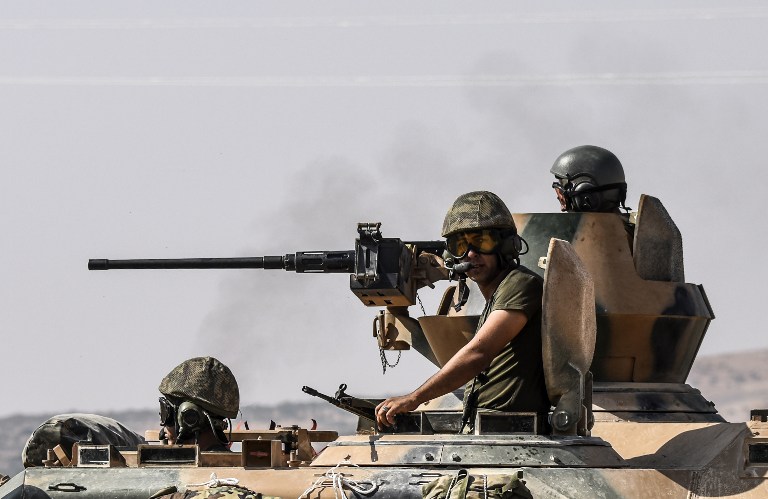 In mid-January 2018, Turley launched a military operation against the Kurdish People’s Protection Units (YPG) in Afrin, situated in northern Syria. Code-named “Operation Olive Branch”, the troops participating in the latest Turkish invasion of Syria have been in a fierce battle against the YPG in Syria, but along the way, soldiers have been openly geotagging their positions on Instagram, leaving their locations exposed for the world to see, according to a new report from RT.

RT Digital describes how they uncovered the stupidity of inexperienced Turkish soldiers in the northern Syrian region, who are posting geotagged content on Instagram and other social media platforms as their military units progress through the Turkish border into Syria. RT was then able to compile the geotagged content and trace out the Turkish invasion into Syria, along with critical positions of Turkish troops.

In our coverage of Syria’s latest mini-conflict, RT Digital discovered and verified many posts of soldiers dressed in fatigues, recording tanks on the move or the launch of missiles and artillery. Turkish troops were openly geotagging their locations, ranging from Afrin or Azaz in Syria to border areas, such as Reyhanli and Kilis.

Discovering a pattern, we closely monitored the accounts of some individual Turkish troops with a high sharing frequency on Instagram. Based on their geotagging, we could trace their movements and get a rough map of their positions on the ground. Afrin, a remote area in northern Syria, was a very popular geotag for Instagram posts shared by Turkish troops.

Operation Olive Branch was launched earlier this month; as Turkish forces invaded Syria, notice the surge in Instagram posts geotagged to Afrin during the invasion. In modern warfare, the young Turkish soldier posts their fondest memories of war with a selfie on the battlefield.