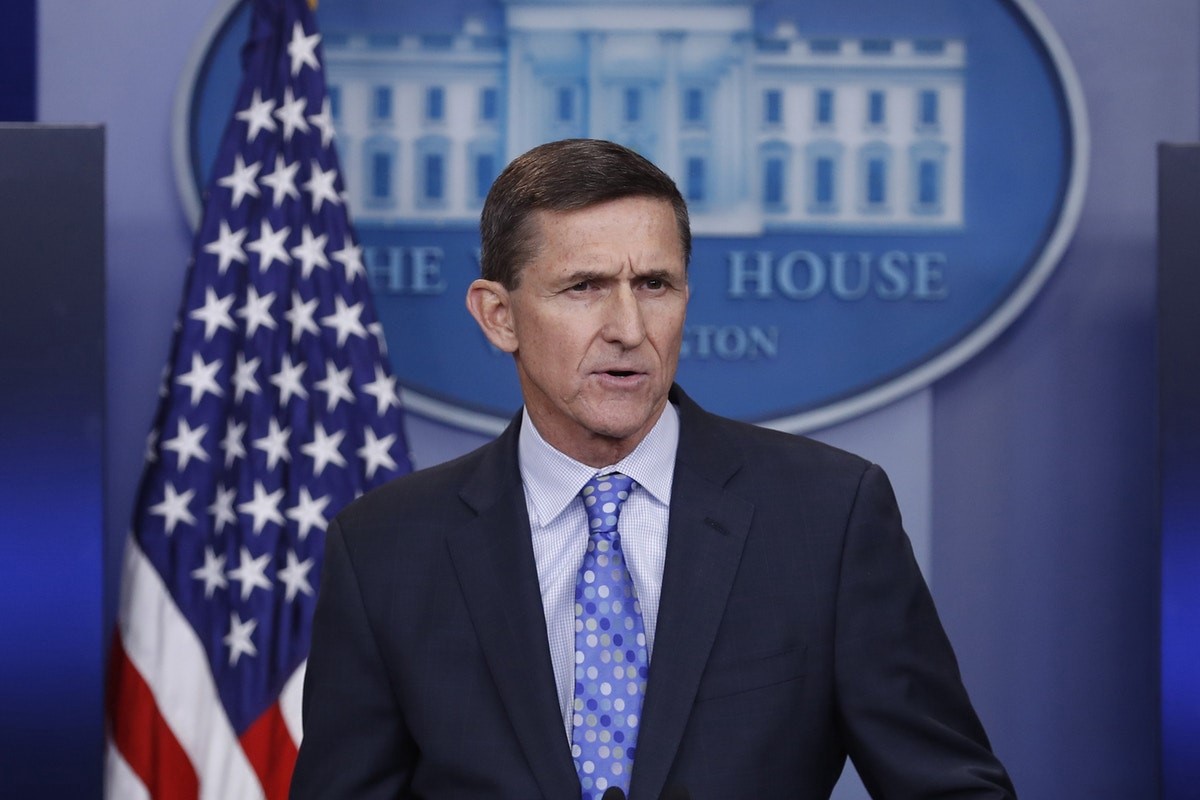 How can our country let this travesty of justice happen?

When Barack Hussein Obama, 44th President of The United States was welcoming in President Elect Donald J. Trump, there was something subtle but telling  in their conversation, although in hindsight monumental. President Obama warned President Elect Trump of two things. 1) Kim Jong-Un 2) General Michael T. Flynn former Director of Intelligence under President Obama. Looking back you would ask why would President Obama mention General Flynn, a decorated war hero, in the same breathe as Kim Jong-Un, the ruthless despot dictator of North Korea, who off and on, on occasion threatens to blow up the United States? Once uncovered that Michael Flynn bumped heads with the Obama administration over the strategy and tactics in combating ISIS, domestic spying, the Iran deal and other security issues it makes sense. So as they say Flynn knows where the bodies are buried so it behooved Obama to silence the man who knew too much.

Once Gen. Flynn was designated as public enemy #1 in that infamous January 2017 oval office meeting with President Obama and his top officials including Vice President Joe Biden, Flynn was a dead man walking. On his way out the door President Obama expanded the powers of the NSA world wide to more easily share intelligence. What that did was trigger felonious classified information leaking on Trump campaign officials like never before to establish a nefarious narrative that Trump and his administration were working with the Russians. If you had Russian salad dressing on your salad it would be leaked to the media, and then portrayed as the most dangerous salad in existence to be taken down by a highly lethal Navy SEAL Team. This worked beautifully with full complete and gleeful cooperation of the media.

An important note. There was never any Russian collusion, and 53 Obama administration officials and Intelligence agents testified under oath that they never saw or possessed any derogatory information on the Trump campaign and Russia as it pertains to any illegalities. No collusion, no obstruction. But on television they all would lie and say Trump is definitely working with Putin. General Flynn’s investigation was also being dropped for lack of derogatory information until FBI agent Peter Strzok desperately petitioned to keep the investigation of Flynn open. Now we see this move was to manufacture something, anything negative to take down General Flynn.

Flynn was hired as National Security Director by President Trump. This set off alarm bells within the Obama administration. Within days FBI Director James Comey sent over to the Whitehouse 2 agents to interview General Flynn as he was under investigation. But the agents were sent over, breaking normal protocols and disguising the investigation interview as just a friendly chat. Flynn was told by Andy MccAbe the FBI #2 that he did not need to notify Whitehouse counsel or summon any legal representation. Mind you at this ponit, General Flynn had been investigated, cleared, spied on and unmasked and had not committed any crimes. General Flynn did nothing wrong or illegal within his job as a Trump administration official or private citizen.

The Whitehouse interview was to be used to say Flynn lied or did something illegal. But at that time even the two FBI agents Joe Pientka and Peter Strzok said they thought Flynn was being truthful. Once Robert Mueller Special Counsel came on the scene then all of a sudden Flynn was charged with misleading the FBI even though the agents said initially he was being truthful. The FBI 302’s notes of the original interview have been lost and subsequent notes altered. The FBI had the Flynn call transcript with Russian official Kislyak and were fully abreast of the conversation but were trying to get Flynn to make some misstatements this is known as a perjury trap. If you get a date wrong as George Papadopoulos you could be charged with perjury during an FBI interview. In all of the reporting I’ve seen on this I never hear it explained that Gen. Flynn talked with almost 30 countries in 24 hours. If I talk to 30 different world leaders in 24 hours while I am on vacation I don’t think every word with every leader would be engraved in my memory. From the January oval office meeting Bill Priestep, FBI lawyer had notes that read, “what is our goal with Flynn, to get him to lie so we can prosecute him or to get him fired?” The last time I looked FBI agents weren’t in the business of getting people fired. This was a classic witch hunt.

General Flynn’s legal team was from the law firm of former Attorney General under President Obama his so called wing man Eric Holder. So Flynn was not in good hands. His legal team made a deal with the prosecution to make a plea deal in exchange for not prosecuting Flynn’s son who had a four month old baby at the time. So Flynn had over 2 million dollars in legal fees, sold his house and staring at the prospect of having his family prosecuted. So facing this seemingly insurmountable challenge Flynn plead guilty because he was bankrupt and to save his family. I never see this explained on most newscasts.

In comes the heroine, famed lawyer and best selling author Sydney Powell. She pushed for Brady material (exculpatory evidence) that was illegally withheld from Flynn. Once the evidence came out that exonerated Flynn he withdrew his guilty plea and with the grace of GOD the DOJ under AG Bill Barr dropped the charges. Now a rogue judge Emmitt Sullivan is pulling a hail mary stunt to let in friends of the court try to argue against Flynn. This is highly immoral and unethical by the judge. There is no precedence to what he is doing. Only a prosecutor can prosecute not a judge. Powell filed a motion in circuit court to strike down this attempt by the judge to prosecute a dropped case. The court ruled that Judge Emmitt Sullivan has until June 1st to explain to the court why he is taking this extraordinary action. No matter what happens, President Trump will see General Flynn a free man but will let the case play out and hopefully the court will eventually honor the dismissal of the case. News@11