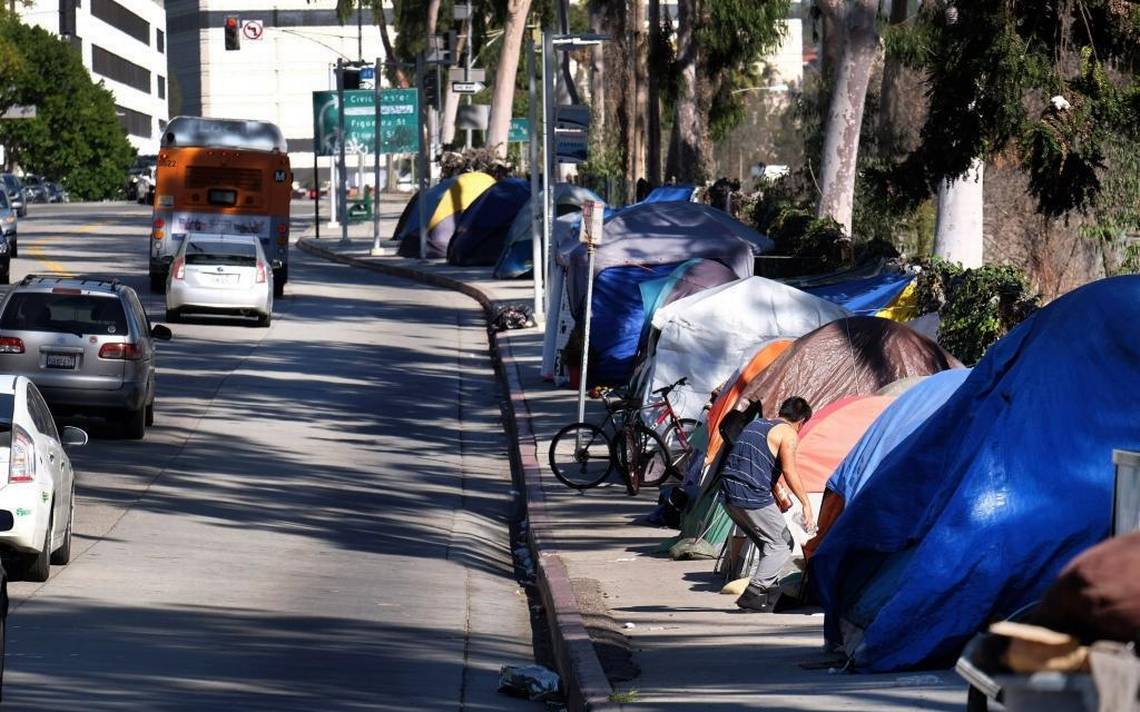 This just in from what was once the best state in the Union:

Guess which state has the highest poverty rate in the country? Not Mississippi, New Mexico, or West Virginia, but California, where nearly one out of five residents is poor. That’s according to the Census Bureau’s Supplemental Poverty Measure, which factors in the cost of housing, food, utilities and clothing, and which includes noncash government assistance as a form of income.
Given robust job growth and the prosperity generated by several industries, it’s worth asking why California has fallen behind, especially when the state’s per-capita GDP increased approximately twice as much as the U.S. average over the five years ending in 2016 (12.5%, compared with 6.27%).

The Left’s first, last and only instinct is to throw more money at the problem, but California’s already done that. and guess what?

It’s not as though California policymakers have neglected to wage war on poverty. Sacramento and local governments have spent massive amounts in the cause. Several state and municipal benefit programs overlap with one another; in some cases, individuals with incomes 200% above the poverty line receive benefits. California state and local governments spent nearly $958 billion from 1992 through 2015 on public welfare programs, including cash-assistance payments, vendor payments and “other public welfare,” according to the Census Bureau. California, with 12% of the American population, is home today to about one in three of the nation’s welfare recipients.
The generous spending, then, has not only failed to decrease poverty; it actually seems to have made it worse.

The progressives who control every aspect of the state’s government are not necessarily stupid people, but they are malign. They understand that increasing welfare spending only encourages the arrival of more recipients on whom to spend it, and the high likelihood that those new constituents will vote Democrat as soon as they are able, legally or otherwise. Already, some 55 percent of “immigrants” receive means-tested benefits, while only 30 percent of native Californians do so.

The Tragic Decline of California
California’s army of bureaucrats contributes as well, as does the state’s highly restrictive land-use ordinances and environmental restrictions, which drive up the cost of housing in what is already the nation’s most expensive real-estate market:

With 883,000 full-time-equivalent state and local employees in 2014, California has an enormous bureaucracy. Many work in social services, and many would lose their jobs if the typical welfare client were to move off the welfare rolls.

Further contributing to the poverty problem is California’s housing crisis. More than four in 10 households spent more than 30% of their income on housing in 2015. A shortage of available units has driven prices ever higher, far above income increases. And that shortage is a direct outgrowth of misguided policies.

They’re not “misguided” — in fact, they’re doing exactly what the progressives designed them to do. Higher housing prices means more money in the pockets of Angelenos and San Franciscans when they go to sell, high energy prices have a disproportionate impact on the poor, generous welfare “benefits” mean an endless supply of new Democrats and permanent employment for the public-employee unions who actually run the state.

It’s a perfect racket, and one that will continue unless and until the California Republicans get their act together and begin vigorously contesting what has become a one-party state designed to enrich those at the top, beggar the middle class, and keep those on the bottom in permanent penury.