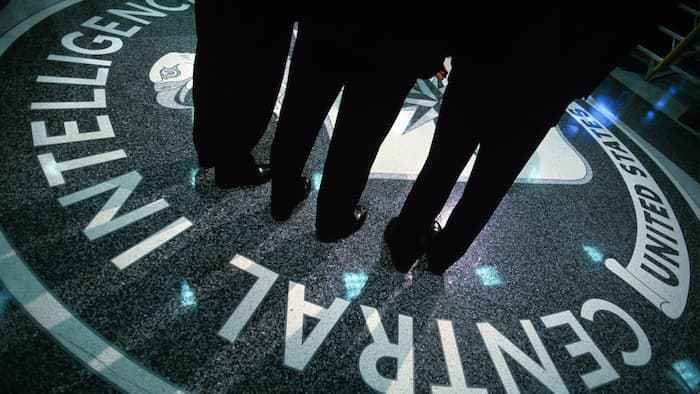 A former CIA officer suspected of helping China identify the US spy agency’s informants was arrested at JFK International Airport on Monday on charges of unlawful retention of national defense information, according to the Department of Justice.

Many of the agency’s informants were killed in a “systematic dismantling of the C.I.A.’s spy network in China starting in 2010,” according to the New York Times, which notes it was one of the American government’s “worst intelligence failures in recent years.”

The arrest of the former agent, Jerry Chun Shing Lee, 53, capped an intense F.B.I. investigation that began around 2012 after the C.I.A. began losing its informants in China. Mr. Lee was at the center of a mole hunt in which some intelligence officials believed that he had betrayed the United States but others thought that the Chinese government had hacked the C.I.A.’s covert communications used to talk to foreign sources of information. -NYT

“Jerry Chun Shing Lee, aka “Zhen Cheng Li”, 53 – a U.S. Citizen currently living in Hong Kong, began working for the CIA as a case officer in 1994, where he would spend the next 13 years with a Top Secret clearance and signing “numerous non-disclosure agreements,” according to a DOJ press release.

According to court documents, in August 2012, Lee and his family left Hong Kong to return to the United States to live in northern Virginia. While traveling back to the United States, Lee and his family had hotel stays in Hawaii and Virginia. During each of the hotel stays, FBI agents conducted court-authorized searches of Lee’s room and luggage, and found that Lee was in unauthorized possession of materials relating to the national defense.

Lee appeared in an New York courtroom Tuesday afternoon where he was ordered held without bail. He faces a maximum penalty of 10 years in prison if convicted. The case is being prosecuted by the U.S. Attorney’s Office for the Eastern District of Virginia.

The FBI agent wrote that Lee and his family left Hong Kong in August 2012 to travel to northern Virginia. Along the way, they stayed in hotels where the FBI found the books.

The small books were discovered inside Lee’s luggage, sealed in a small clear plastic travel pack.

The handwritten information inside ranged in terms of classification, but the agent said at least one page contained top secret information, “the disclosure of which could cause exceptionally grave damage to the national security of the United States.” -Reuters

The FBI agent’s affidavit also noted that classified cables written by Lee while he was a case officer describing his interactions with CIA informants corroborated what was found in the two books.

Lee was interviewed five times by the FBI according to Reuters, never disclosing that he had the books. He also met with former CIA colleagues around that time without returning the classified materials, said the Justice Department.

Over a dozen CIA informants were imprisoned or killed by the Chinese government, a serious setback for the agency, as discussed here first last May:

The Chinese government systematically dismantled C.I.A. spying operations in the country starting in 2010, killing or imprisoning more than a dozen sources over two years and crippling intelligence gathering there for years afterward.

Current and former American officials described the intelligence breach as one of the worst in decades. It set off a scramble in Washington’s intelligence and law enforcement agencies to contain the fallout, but investigators were bitterly divided over the cause. Some were convinced that a mole within the C.I.A. had betrayed the United States. Others believed that the Chinese had hacked the covert system the C.I.A. used to communicate with its foreign sources. Years later, that debate remains unresolved.

But there was no disagreement about the damage. From the final weeks of 2010 through the end of 2012, according to former American officials, the Chinese killed at least a dozen of the C.I.A.’s sources. According to three of the officials, one was shot in front of his colleagues in the courtyard of a government building — a message to others who might have been working for the C.I.A. -NYT

By the end of 2011, senior CIA officials realized they had a problem; their assets in China were disappearing. The FBI and CIA opened a joint investigation in response, run by top counterintelligence officials out of an office in Northern Virginia – code named “Honey Badger.”

As more and more sources vanished, the operation took on increased urgency. Nearly every employee at the American Embassy was scrutinized, no matter how high ranking. Some investigators believed the Chinese had cracked the encrypted method that the C.I.A. used to communicate with its assets. Others suspected a traitor in the C.I.A., a theory that agency officials were at first reluctant to embrace — and that some in both agencies still do not believe. -NYT