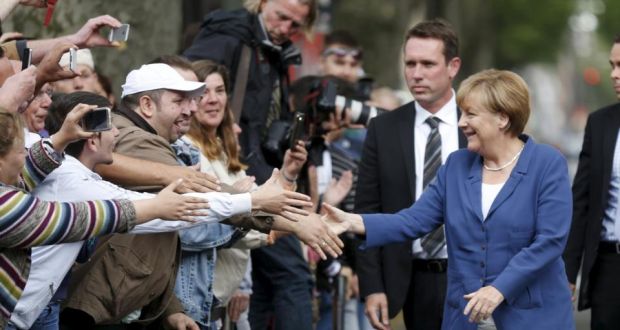 
The decision, announced Monday, ends Germany’s participation in an EU relocation agreement launched in the wake of the 2015 migrant crisis. The agreement officially expired on September 26, 2017, and saw Germany take in over one-third of the total refugees distributed under the plan.


“There are now virtually no more asylum seekers in Greece who could be considered for resettlement,” according to the Ministry. To qualify, applicants had to be from a country where the chances of asylum are at least 75 percent.


Last month, some 500 migrants were still waiting to be relocated from Italy to Germany, while in Greece the number less than 40.


“The relocation scheme ended in September 2017, meaning all applicants arriving after that date will no longer be eligible for resettlement,” Annegret Korff, a speaker for the Interior Ministry, said.


“Germany largely completed all outstanding relocations by the end of 2017. In the coming weeks, Germany will only carry out the odd resettlement case that was left outstanding from last year.” -DW.com


Based on the massive number immigrants arriving in Germany alone during the height of the migrant crisis – some 1.3 million in 2015 with 890,000 entering Germany, EU member states initially agreed to collectively take in some 160,000 refugees from Greece and Italy.


That number, however, was revised down to 100,000 after officials realized that fewer people were eligible than originally thought. In total, only 33,000 migrants actually took part in the transfer program – with Germany taking in 10,265.


“We want to achieve a total number of people taken in for humanitarian reasons (refugees and asylum seekers, those entitled to subsidiary protection, family members, relocation and resettlement minus deportations and voluntary departures of future refugees) that does not exceed 200,000 people a year”.


And in December, 2017 Germany offered rejected asylum-seekers a one-time payment of $3,500 to go home, valid through the end of February.


“If you decide by the end of February for a voluntary return, you will get in addition to first aid, a housing aid for the first twelve months in your country of origin,” Interior Minister Thomas de Maiziere told newspaper Bild am Sonntag.


That said, relocation schemes or not – refugees will continue to pour into Europe from Africa this summer. It is unclear how the EU intends on dealing with future waves of migrants, while a standout coalition of EU members refuse to take in migrants whatsoever.


German Interior Minister Thomas de Maiziere hinted Berlin was willing to drop its insistence on quotas in order to make progress on asylum policy reform, saying “We will decide on this at the end of the negotiations.”


After meeting in Sofia, Bulgaria last Thursday to discuss asylum policy, EU Interior Ministers set a deadline of June to develop a solution.


What is the current situation? (via DW.com)


Current EU migration rules state that asylum requests must be processed in the country where asylum was first requested.


This has put a heavy burden on Greece and Italy, the two major entry points to Europe.
Proposed changes to the rules would create a permanent mechanism for all EU member states to admit refugees in the event of a new emergency.


The June deadline has been put in place because warm weather during this time tends to increase migrant flows across the Mediterranean.


Hungary and its eastern European neighbors, including Poland, have refused to take in refugees since the European Commission pushed through temporary refugee quotas in 2015.
Slovakia and the Czech Republic have also been reluctant to accept migrants from other EU countries, citing security concerns.


As the Greek and Italian relocation program draws to a close, and migrant-heavy EU nations such as Sweden, Germany, France suffering from increased crime rates vs. their non-refugee accepting EU counterparts, one has to wonder how much worse this crisis borne of regime change and perpetual war is actually going to become before the financial and civil consequences of a “borderless” Europe result in all out civil war.