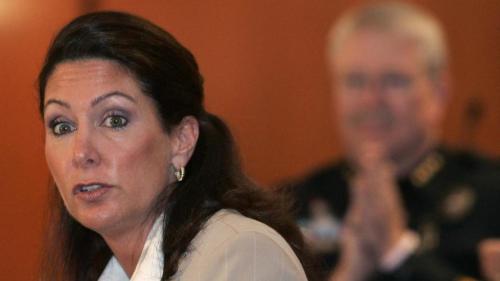 
According to prosecutors, the FBI began investigating Cooper in May, 2012 – posing as wealthy real estate developers from California seeking political favors from Cooper in exchange for a Hallandale Beach project. The undercover agents hired disbarred Hollywood attorney Alan Koslow to represent them, who funneled $5,000 in campaign contributions to Cooper in the form of “checks from a bunch of Russian names,” according to court documents. Koslow did not initially know that the men were with the FBI, nor that he was also a target in their investigation.


“At the time, Alan Koslow was unaware that he was interacting with undercover Federal Bureau of Investigation agents,” wrote investigators. Koslow, 63, would eventually wear a wire as part of the sting, as the FBI recorded audio or video of every meeting, according to court records.


Koslow represented himself to agents as an effective lobbyist who “had the vote of the mayor,” records show. During a July 10, 2012 meeting between Cooper, the undercover FBI agents and Koslow at City Hall, Cooper was recorded making assurances that she and two other commissioners were a “team of three” who could push the real estate project through, according to the arrest affidavit.


“Alan Koslow showed Mayor Cooper a number representing a proposed contribution and asked her if it was a good number. She replied ‘No. Add a zero.” Koslow confirmed ‘Three zeros, is that fine?’ and Mayor Cooper replied ‘Yes,’” according to the arrest affidavit. Later that month, Koslow assured Cooper she would receive a $10,000 bribe in the form of two $5,000 contributions – before and after the August, 2012 primary.


In an August, 2012 meeting, Koslow and the undercover agents went to Cooper’s home, after which they drove to the former Hollywood attorney’s house and gave him a Dunkin’ Donuts bag containing $8,000 in cash. Koslow told the agents he would have two Russian organizations write checks for them, according to investigators.


During a recorded meeting at the Flashback Diner on Aug. 20, 2012, one of the undercover agents told Cooper that “the pledged payment to her, via her campaign, would be in the form of checks from a ‘bunch of Russian names,’” according to court documents.


In September, Koslow told one of the agents he had personally handed 20 checks to Cooper at a Hallandale Beach Chamber of Commerce fashion show, court records say. The checks, totaling $5,000, were broken down into smaller amounts that appeared to come from people with Russian last names, according to the documents. Cooper said “that’s fantastic” when she got the checks, according to what Koslow told the undercover agents.


Cooper’s campaign reported nine contributions from eight teachers and a retired person in the amount of $500 each, matching names on a list of donors Koslow had given the so-called developers, the affidavit said.


Between September 2013 and May 2016, four different undercover FBI agents met with Koslow at least 75 times, however their discussions remain secret due to ongoing investigations in other matters. The FBI’s had their final piece of major evidence after Koslow gave a sworn statement to investigators in November 2017, in which he admitted to the entire affair.


“We look forward to our day in court and the mayor’s vindication,” said Cooper’s attorney, Larry Davis. “We’re extremely disappointed that the Broward County State Attorney’s Office is relying upon Alan Koslow, a disgraced and disbarred convicted felon, as the centerpiece of its case of alleged campaign finance violations.”


Koslow, 63, was considered one of the most effective and best-known attorneys and lobbyists in the state, specializing in representing developers and the gaming industry. He pleaded guilty in August 2016 to helping people prosecutors said he thought were “quasi-mafia” criminals hide the source of $220,000 linked to illegal gambling and drug dealing. -sun-sentinal.com


The FBI concluded their investigation and handed the case off to state prosecutors in May, 2017 according to Broward State Attorney’s Office spokeswoman, Constance Simmons. It is unclear whether Governor Rick Scott will remove Cooper from office, “as he customarily does when an elected official has been arrested,” according to the sun-sentinel. “These charges are unacceptable,” said a spokeswoman for the Governor, adding “We are reviewing our next course of action.”