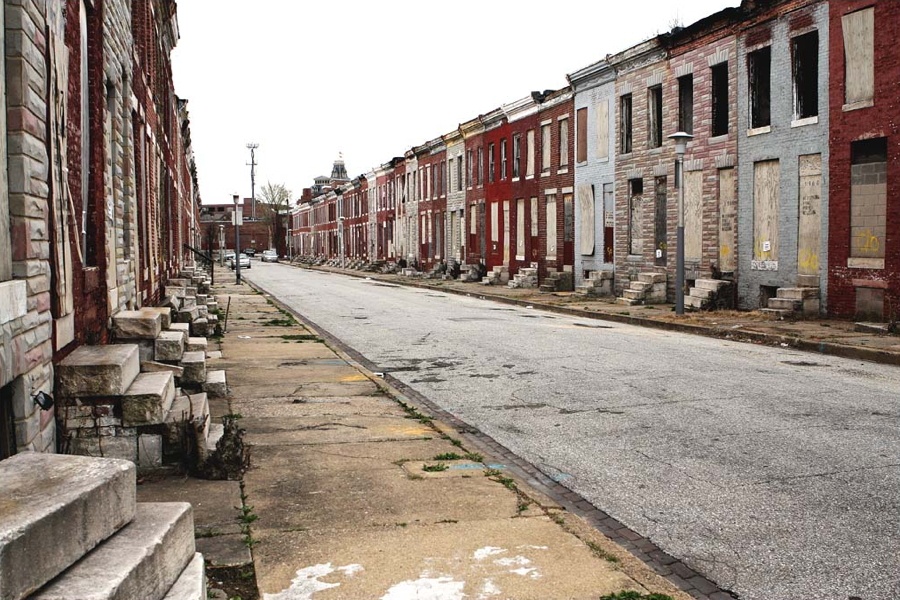 The implosion of America’s inner cities is creating the real “shitholes,” and should be on everyone’s radar – not Haiti. In Baltimore, Maryland, decades of deindustrialization and 50-years of democratically controlled leadership has turned the city into a failed liberal experiment, with a homicide rate on par with Venezuela, a country that is suffering from an economic collapse.

In 2017, Baltimore’s population crashed to a 100-year low, as Baltimorans have finally discovered that the gentrification narrative by Kevin Plank, Johns Hopkins, and the University of Maryland Medical Center could be a distant pipedream. The fact is, the millennial generation is quickly leaving as violent crime has turned Baltimore into America’s most dangerous city.

Breaking down the racial wealth divide in Baltimore, the figures are truly shocking. When it comes to education, health, and wealth inequalities, Baltimore has the most extensive gaps in the United States. African Americans make up a majority of the total population coming in at 63 percent of 614,000.

Why do we need to know the structural backdrop of Baltimore? Well, because, it would better help us understand why the vacancy rate of one Baltimore neighborhood is the highest in the United States.

According to 24/7 Wall St., the report analyzed the 30 highest vacancy rates in U.S. Zipcodes from the housing market data company called Attom Data Solutions. Those 30 communities are situated in 20 inner cities across the United States.

Many have not participated in the nation’s economic recovery — areas that continue to experience the economic malaise of the Great Recession. They are characterized by shrinking populations, jobs loss, low home values, and underwater mortgages.

The report names Zipcode 21223, a West Baltimore community as the highest vacancy rate in the United States coming in at 17.3%. Interesting enough, this is the same area where the American drama series ‘The Wire’ was filmed.

Like most neighborhoods with high vacancy rates, the area has suffered from population loss and declining property values over the last several years. The population of ZIP 21223 fell from 25,270 in 2012 to 25,127 in 2016, a 0.6% decline. Over the same period, the median home value in the zip code fell from $86,500 to $69,500, one of the largest drops in real estate value of any neighborhood.

Trump To Jay-Z: “Somebody Tell Him Black Unemployment Is At Record Low”