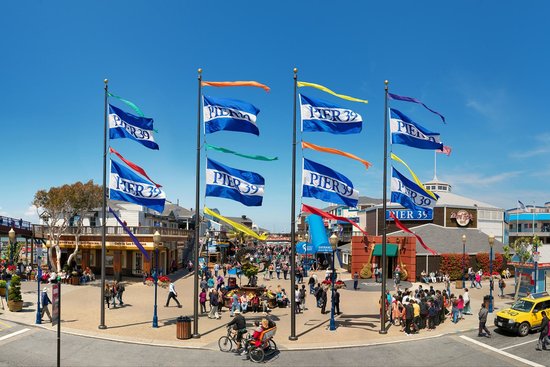 Muslim convert and would-be domestic terrorist Everitt Aaron Jameson, who planned to carry out a Christmas Day massacre on Pier 39 in San Francisco, was a supporter of Antifa and counted amongst his favourite news organisations CNN, BuzzFeed and Al-Jazeera.

The former US Marine was arrested after he told the FBI of his plan to carry out the atrocity, noting that December 25 would be “the perfect day to commit the attack” because Pier 39 would be crowded with people.

Media reports confirmed that Jameson “had recently been posting and liking pro-terrorism content on Facebook” and had expressed support for the ISIS-inspired Halloween truck attack in New York. He converted to Islam two years ago.

However, what those reports don’t mention is that the would-be terrorist also ‘liked’ numerous Antifa pages, suggesting he supported the movement.

Some of Jameson’s favorite news organisations were The Young Turks, CNN, BuzzFeed and Al Jazeera. He also liked a number of pro-vegan pages.

The jihadist also sympathised with a number of pro-Muslim pages, including ‘Documenting Oppression Against Muslims, ‘Islam – Religion of Peace’ and ‘Stunning Hijabs’, as well as numerous anti-Israel activist pages.

Jameson’s Facebook likes confirm that his political leanings were a mixture of radical far-left ideology and Islamism.

As we have documented, ISIS has previously attempted to reach out to those on the far-left as part of an attempt to create militant offshoot cells within the United States and Western Europe.

A passage from the ISIS manifesto Black Flags from Rome entitled ‘European Muslims allying with Left-Wing activists’ details a plan to recruit those on the far left because they broadly share the same goals as radical Islamists.

During the anti-Trump inauguration riots back in January, one Antifa supporter was seen displaying an ISIS flag and beheading videos on his phone in an effort to intimidate Trump supporters in Washington, DC.

According to a recently revealed FBI field report, Antifa supporters have stored improvised explosives on college campuses. Members of Antifa have also met with Islamic terrorists to obtain weapons & training.

Given all this, it’s unsurprising that the Department of Homeland Security has formally classified Antifa’s activities as “domestic terrorist violence,” with federal authorities warning state and local officials that the group is becoming increasingly dangerous and confrontational.