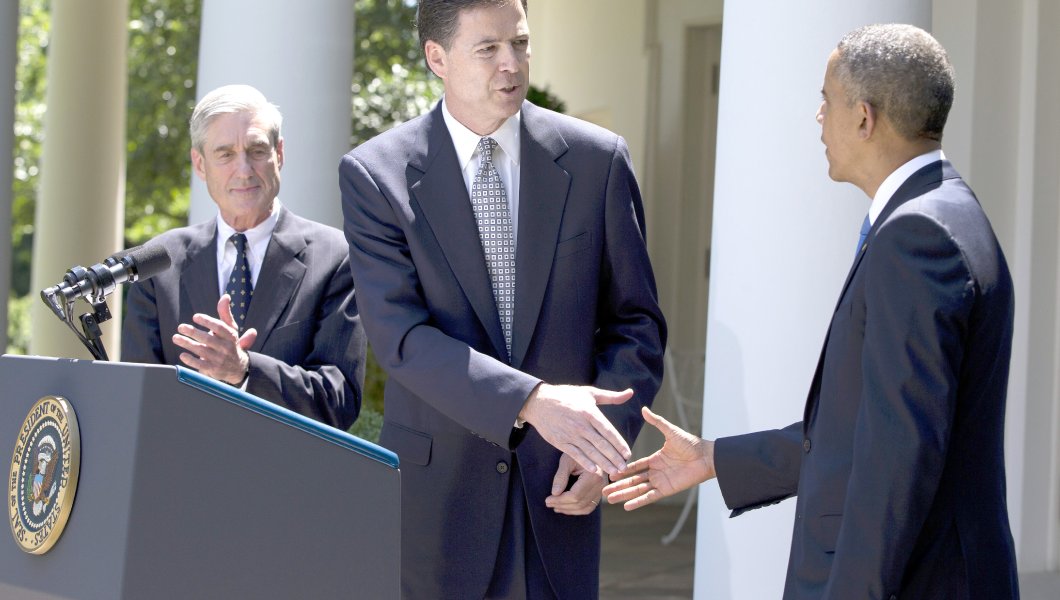 On Monday, the Senate Judiciary Committee’s Senators Charles Grassley (R-IA) and Lindsey Graham (R-SC) sent a letter to former Obama national security advisor Susan Rice asking her to explain an email she sent to herself on the last day of her duty in the White House. That email was an email from Rice to . . . Rice. And it explained that President Obama had held a briefing on January 5 regarding supposed Trump-Russia collusion. According to the letter:

“If the timestamp is correct, you sent this email to yourself at 12:15 pm, presumably a very short time before you departed the White House for the last time. In this email to yourself, you purport to document a meeting that had taken place more than two weeks before, on January 5, 2017.”

On January 5, following a briefing by IC leadership on Russian hacking during the 2016 Presidential election, President Obama had a brief follow-on conversation with FBI Director Jim Comey and Deputy Attorney General Sally Yates in the Oval Office. Vice President Biden and I were also present…President Obama began the conversation by stressing his continued commitment to ensuring that every aspect of this issue is handled by the Intelligence and law enforcement communities “by the book”. The President stressed that he is not asking about, initiating or instructing anything from a law enforcement perspective. He reiterated that our law enforcement team needs to proceed as it normally would by the book. From a national security perspective, however, President Obama said he wants to be sure that, as we engage with the incoming team, we are mindful to ascertain if there is any reason that we cannot share information fully as it relates to Russia…The President asked Comey to inform him if anything changes in the next few weeks that should affect how we share classified information with the incoming team. Comey said he would.

There are several portions of this email that should be disturbing.