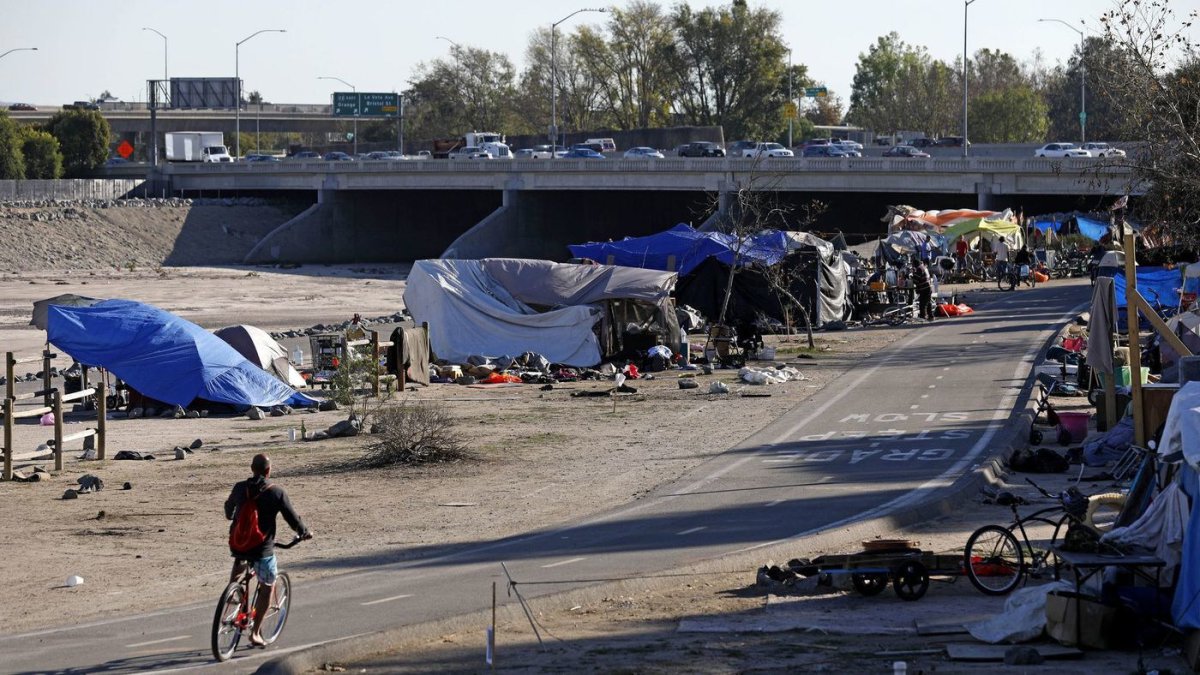 One day after Orange County supervisors voted to spend more than $70 million to house the homeless, residents in three prosperous cities expressed alarm about a proposal to set up “camp” shelters in their communities.

“How does this solve the problem?” Mayor Donald P. Wagner said during a special meeting he organized to respond to the county.

The county’s idea caused some residents to express anger, suggest other locations for the shelters — and to take digs at their much larger neighbor to the north: Los Angeles.

“This freaks me out. I moved to O.C. because I thought it would be a safe place. Now it’s getting more and more like L.A.,” said Rob Howard, an office manager in Irvine. “Who wants tons of traffic, high prices and all kinds of unwanted people around you?”

Ann Huang, a computer programmer in Laguna Niguel, said: “When we think of a homeless crisis, we think of an urban environment that’s overcrowded and full of noise and chaos. You don’t think of it happening in a place like O.C.”

Huang added: “I understand that we should be sensitive to needy people. But definitely, I’m going to fight any kind of facility that’s close to our towns and kids.”

Some Orange County residents said they supported moves to help the homeless — as long as they were moved somewhere else.

“Finally, the county is taking action — doling out this kind of money. But they must understand that they can use this money to go buy land elsewhere, maybe the Inland Empire, to relocate the homeless,” said Mark Smith, a Huntington Beach renter looking to buy a home near Pacific Coast Highway. “We just can’t lower our housing values with this population nearby,”

The Board of Supervisors’ vote is part of an effort to wrestle with a growing homeless problem in Orange County.

After a rare federal court hearing Saturday, Orange County officials agreed to extend motel stays “on a case-by-case basis” to homeless people removed from encampments along the Santa Ana River.

The daylong hearing and negotiations marked the latest chapter of an effort by officials, homeless advocates and a federal judge to improve the situation for a growing homeless population in one of the most affluent counties in the U.S.

But as the vote by the supervisors on housing the homeless shows, it’s unlikely the plans will please everyone.

“I thought it made more sense to have a manageable plan before we start clearing the riverbed homeless population, but no one cooperated,” he said. “Everyone points to somewhere else. Every community thinks we ought to solve this crisis, and every community thinks, ‘Why not go to another spot?’ ”

The housing issue took center stage Monday after homeless advocates criticized county officials for not having a plan to help the more than 700 people moved from the Santa Ana River trail encampment into motels last month. Because motel vouchers were only available for 30 days, critics questioned where the homeless would go when they expired.

Smith, the Huntington Beach renter, said he’s been reading social media posts about the county’s housing plan for the homeless.

Related Topics:Californiahomelesstent city
Up Next