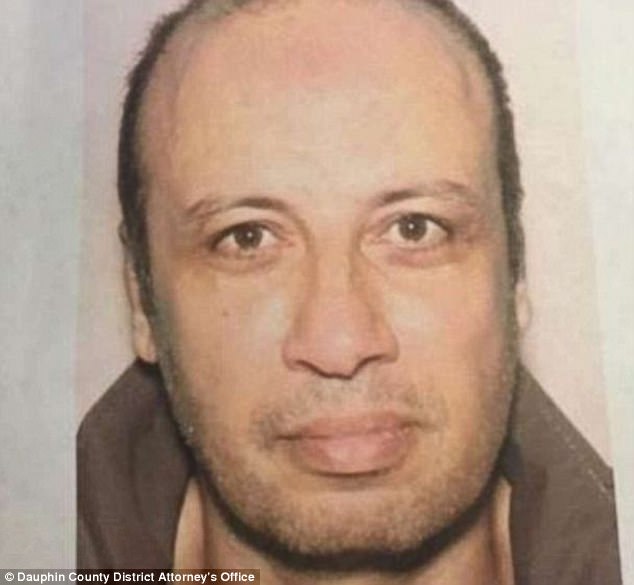 (Via Daily Mail)
A shooting spree on cops in Pennsylvania has been deemed a ‘terror attack’ as authorities revealed the gunman had entered the U.S. on a ‘family-based immigrant visa’.

The Department of Homeland Security said on Saturday that chain migration is a terror risk and is responsible for letting two terrorism suspects into the US.

Acting Press Secretary Tyler Houlton released a statement on Twitter saying the DHS ‘can confirm the suspect involved in a terror attack in Harrisburg, Pennsylvania, and another suspect arrested on terror-related money laundering charges were both beneficiaries of extended family chain migration.’

Chain migration is the process by which an immigrant gains legal entry into the US via sponsorship by a family member who is already a legal resident or citizen.

The Trump administration has launched a campaign against the process in favor of a more merit-based structure, favoring education and job potential as factors.

Houlton’s statement first referred to 51-year-old Ahmed Aminamin El-Mofty, who was a naturalized US citizen admitted from Egypt on a family-based visa.

El-Mofty went on a shooting spree on Friday in Harrisburg, Pennsylvania and was reportedly targeting police officers. Authorities say, El-Mofty fired at a Capitol police officer and later at a state trooper, wounding her. El-Mofty then attacked other officers with two handguns and was killed.

‘He fired several shots at a Capitol police officer and at a Pennsylvania state police trooper in marked vehicles,’ Dauphin County District Attorney Ed Marsico said. The state trooper was injured but is ‘doing well,’ he said.

The statement also mentioned 27-year-old Zoobia Shahnaz, who is a naturalized US citizen who entered the country from Pakistan, also on a family-based visa.

Shahnaz was indicted on December 14 after she allegedly laundered more than $85,000 through Bitcoin and other cryptocurrencies overseas to the Islamic State.

Acquiring the money through fraudulently obtained credit cards as well as a bank loan, Shahnaz laundered the funds to people in Pakistan, China and Turkey and ‘planned to travel to Syria and join ISIS’, federal officials said.

She was stopped at Kennedy Airport in July while attempting to fly to Pakistan. Shahnaz’s lawyer has said she was trying to help Syrian refugees.

The president has said chain migration and the diversity visa lottery program have been exploited by extremists.

‘Both chain migration and the diversity visa lottery program have been exploited by terrorists to attack our country,’ Houlton said.

‘Not only are the programs less effective at driving economic growth than merit-based immigration systems used by nearly all other countries, the programs make it more difficult to keep dangerous people out of the United States and to protect the safety of every American.’