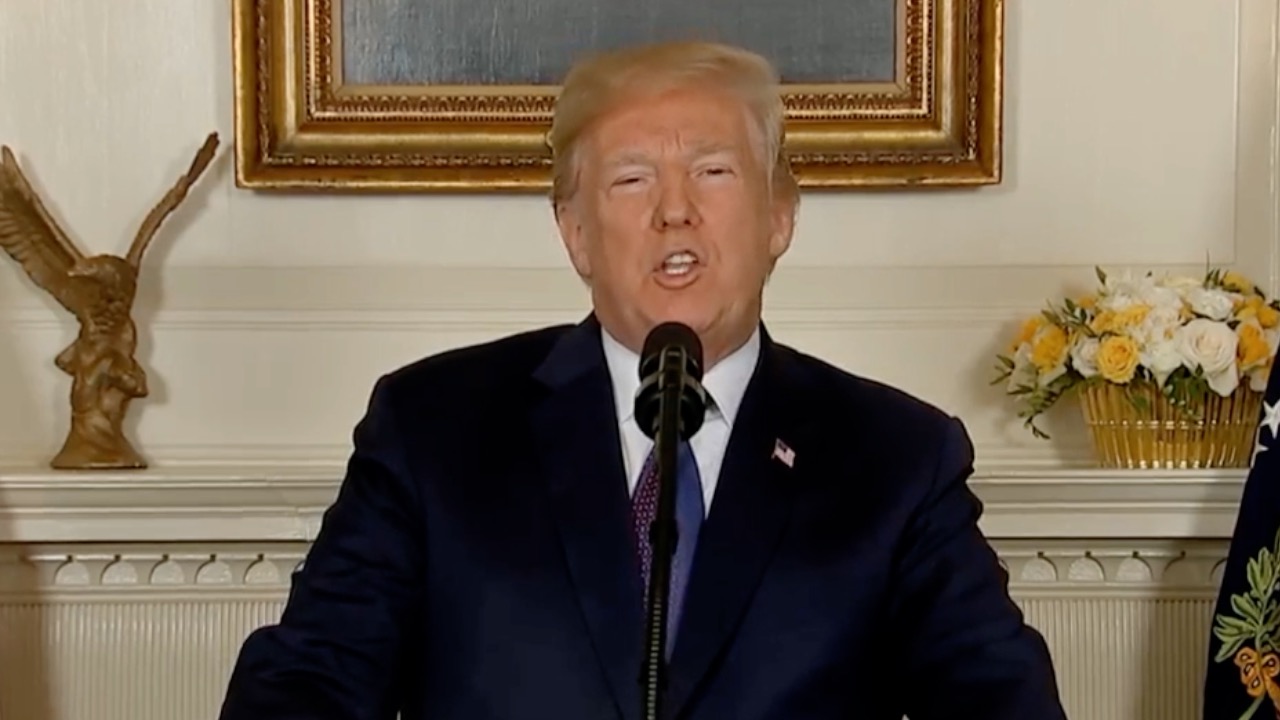 Investigators from the OPCW have barely begun sifting through the evidence on the ground in Douma, but that hasn’t stopped the US, France and the UK from patting themselves on the back for a “job well done” after last night’s brutal bombing campaign in Damascus and Homs.

And true to form, President Donald Trump was up early Saturday (as he is most weekends) to fire off a gloating tweet about the coalition’s airstrikes, which purportedly targeted regime bases and facilities dedicated to the production of chemical weapons.

In a series of tweets, the president lauded the “perfectly executed strike last night” and offered a “thank you” to France and the UK for “their wisdom and the power of their fine Military.”

“A perfectly executed strike last night. Thank you to France and the United Kingdom for their wisdom and the power of their fine Military. Could not have had a better result. Mission Accomplished!”

And while Trump’s plan to eliminate some discretionary domestic spending from the “omnibus” spending bill passed last month has reportedly hit the rocks ahead of its formal release early next month, the president eagerly seized the opportunity to gloat about the passage of a bill that he had expressed major reservations about only weeks before.

“So proud of our great Military which will soon be, after the spending of billions of fully approved dollars, the finest our Country has ever had,” Trump tweeted.

Of course, the president wasn’t the only US politician to applaud the “one-time” military intervention in Syria.