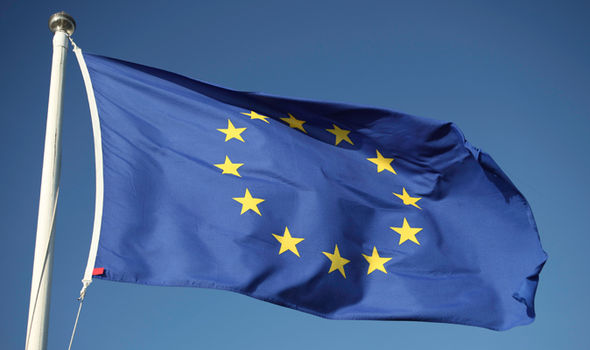 On Wednesday morning, in a historic development – one which may herald the future fracturing of the EU – the European Commission launched an injunction against Poland for a “serious breach” of European common values and rule of law. The European Commission said it decided to take the next step in its infringement procedure against Poland for breaches of EU law by the Law on the Ordinary Courts Organisation, referring Poland to the EU Court of Justice. And while only a warning now, Article 7 could lead to sanctions and a suspension of EU voting rights.

The unprecedented measure was taken amid two-year tensions between the EU and Poland over the latter’s judicial reforms. The bloc is concerned over “a serious breach of the rule of law” in the country, saying the reforms resulted in “the absence of judicial independence.” “It is up to Poland to identify its own model for its justice system, but it should do so in a way that respects the rule of law,” it said in a statement.

In a bizarre warning, European Council president Donald Tusk, who himself is a Polish citizen, said that “Poland is currently seen as a force for disintegration of the European Union (EU) and hence it is important to end the destruction of Warsaw’s reputation.”

In a statement posted on Twitter, the Commission said that “despite efforts for a constructive dialogue for 2 years, we have concluded that there is a clear risk of a serious breach of the rule of law in Poland.”

“Judicial reforms in Poland mean that the country’s judiciary is now under the political control of the ruling majority. In the absence of judicial independence, serious questions are raised about the effective application of EU law,” the Commission added. One of the most worrying reforms in Poland, the Commission said, was the government’s move to grant the president greater powers to appoint judges to the Supreme Court, whose duties include confirming election results.

Germany and France are expected to back the commission’s recommendation when member states vote next year, in what is a dramatic escalation in tensions over the minimum obligations of EU membership. One senior EU diplomat tolf the FT it was a momentous decision to “cross the Rubicon”.

When announcing the decision to launch the censure process against Poland, Commission Vice President Frans Timmermans said that the ruling Law and Justice party (PiS) had adopted 13 laws in the last two years that created a situation where the state “can systematically interfere with the composition, powers, the administration and the functioning” of the judiciary. Timmermans also accused Warsaw of ignoring three warnings by the EU executive that its judicial measures were undermining the rule of law. “At the end of the day it is only the law that can protect us against naked political power, at the end of the day it is the law that keeps the European Union together,” he said.

“It is with a heavy heart that we have activated Article 7(1). But the facts leave us with no choice. We have no other option. This is not just about Poland, it is about the EU as a whole. We continue to hope that we can enter into a more fruitful dialogue” Timmermans tweeted.

EU member states must now decide by a two-thirds majority whether they agree with the Commission’s recommendation to trigger Article 7. If agreed, Poland could see its voting rights suspended.

However, Poland also has three months to remedy the situation by implementing a series of recommendations by the Commission aimed at restoring judicial legitimacy.

Responding to the triggering of Article 7, Polish Prime Minister Mateusz Morawiecki said that the country is “as devoted to the rule of law as the rest of the EU,” and called on the EU partners for open and honest dialogue. “I believe that Poland’s sovereignty and the idea of United Europe can be reconciled,” Morawiecki tweeted.

PiS spokeswoman Beata Mazurek dismissed the Commission’s decision to trigger Article 7, saying the decision “had no merit” and that it was “solely a political decision.” She also stated that the EU’s actions could be related to Warsaw’s opposition to accepting Muslim refugees, according to Reuters.

Polish Justice Minister Zbigniew Ziobro told Polish state news agency PAP that he is puzzled over the “politically motivated” decision, stressing Warsaw strictly adheres to EU laws. Ziobro, who also serves as chief prosecutor as part of the judicial reforms, said Poland’s government “must continue the reforms.” Poland’s national-conservative government has justified the measures, claiming the courts need to change because they are inefficient and remain steeped in a communist-era mentality.

Meanwhile, setting the stage for a conflict between Poland and Germany, as we reported previously and ahead of Timmerman’s announcement, the German government said it would support the Commission if it decided to open proceedings against Poland. “If it comes to the decision we will support,” German Chancellor Angela Merkel’s spokesman Steffen Seibert told reporters on Wednesday morning. Earlier reports suggested that France would back the move.

The first step towards stripping Poland of its voting rights comes amid an ongoing dispute between Brussels and Warsaw. The EU says 13 reforms adopted by Poland in the space of two years have affected “the entire structure of the justice system” and enabled the executive and legislative branches “to politically interfere” with the judicial one.

The hostiel relationship between Poland and Brussels emerged earlier this year, when protests erupted over the efforts to change the judiciary system. Opposition parties, rights groups, judges’ lobbies, the Council of Europe, the EU Commission, and European countries including Germany and France also said the proposed changes would erode judicial independence by bringing the courts under the direct control of the government.

Poland and the EU have also clashed over migration, as Warsaw has refused to accept migrants as part of a quota system devised during the European refugee crisis. Then-Prime Minister Beata Szydlo said in November that the decision has resulted in her country being seen as “a country free of terrorism.”

Ironically, today’s Aritcle 7 announcement will almost certainly end up being another typically European theatrical plot which goes nowehere fast: member EU states need unity to implement the sanctions, which have already been opposed by Hungary, who promised to veto any such move. Budapest has its own dispute with Brussels over migrant issues, with its PM Viktor Orban being one of the most vocal critics of mandatory migrant quotas. He has warned that quotas would result in “tens of millions” of migrants flocking to Europe.

In other words, if Europe wants to punish the vocal offenders, it would need a carve out for Poland, Hungary and the Czech Republic, all of which are engaged in some spat with the EU.