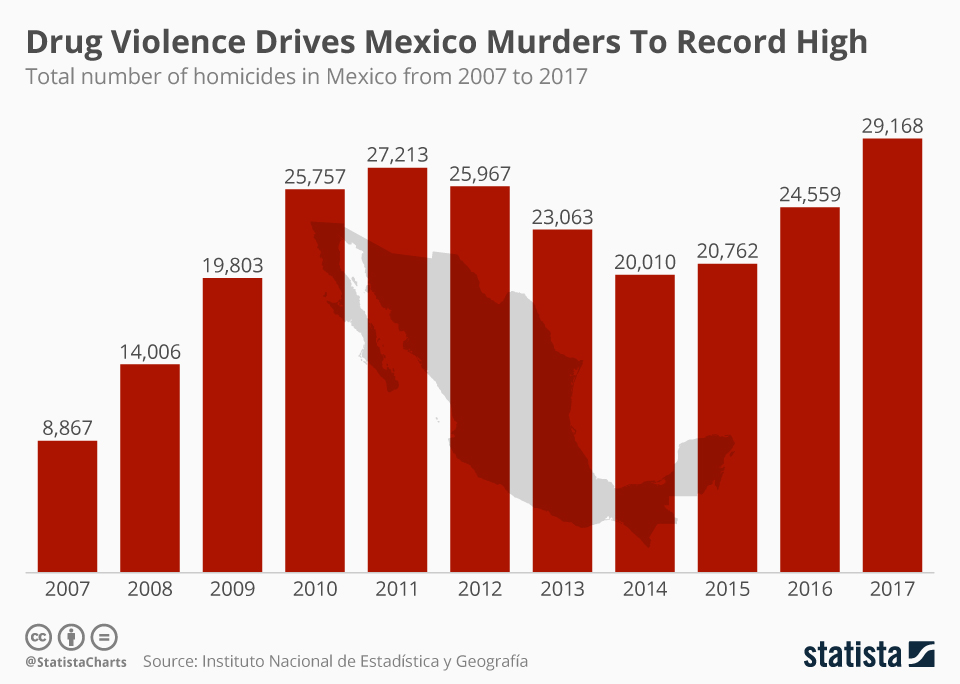 Across the 31-Mexican states, there were 29,168 homicides in 2017, the federal government published in a brand new report on Sunday, making last year the most murderous year on record.

Last week, President Trump tweeted that Mexico is one of the most dangerous countries in the world. He cited the “massive inflow of drugs” and alluded to the out of control cartel violence across the nation, as a great sales pitch to the American people of why his proposed Mexico–United States border wall needs funding.

Earlier this month, the U.S. State Department warned U.S. citizens and U.S. government employees to exercise increased caution while traveling in Mexico, and even restricted some regions from access because of “violent crime, such as homicide, kidnapping, carjacking, and robbery.”

While the U.S. State Department discouraged all travel to 31 Mexican states, the new travel warning elevated five states to a level-4 status, otherwise known as a war-zone like some countries in the Middle East.