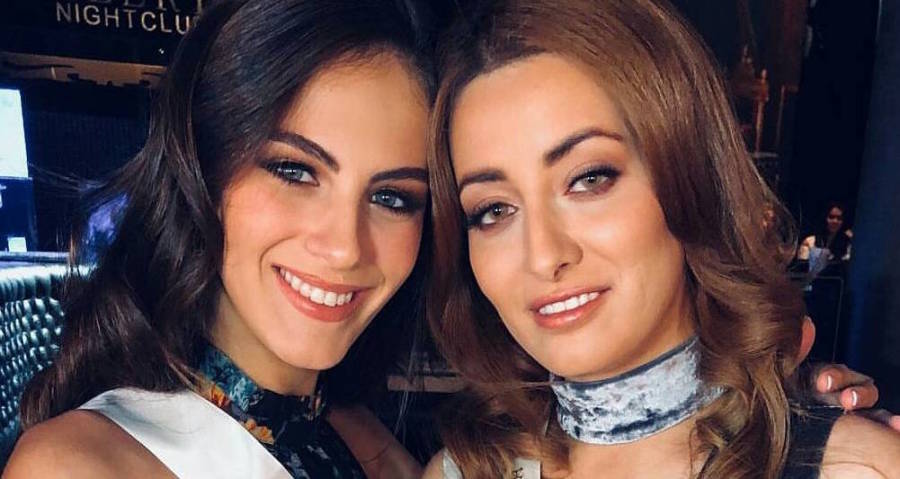 So much for diplomacy by selfie.

Miss Iraq, Sarah Idan, and her family had to flee their homeland after receiving death threats over a photo she posted online last month.

Why? Because Idan posed with Miss Israel, Adar Gandelsman, at a Miss Universe International Beauty Pageant, the Times of Israel reported.

Idan came under fire for posting the photo to Instagram, captioned, “Peace and Love from Miss Iraq and Miss Israel,” in addition to modeling a bikini.

“The two of those things together caused a mess for her back home where people made threats against her and her family that if she didn’t return home and take down the photos, they would remove her (Miss Iraq) title, that they would kill her,” Adar Gandelsman told Israeli TV, the paper reported.

In another Instagram post, Idan apologized to those who thought the photo was “harmful to the Palestinian cause,” clarifying that it was not a political statement, but instead meant to “express hope and desire for peace between the two countries,” the paper reported.

She added, it “does not signal support for the government of Israel and does not mean I agree or accept its policies in the Arab homeland.”
Iraq does not have formal diplomatic relations with Israel, and the two countries are considered enemies, the paper reported.

Despite the backlash, Gandelsman said her friend did not regret her decision to post the image to social media, which she has yet to remove from Instagram, reported the paper.

“She did it to so that people can understand that it’s possible to live together,” she said.