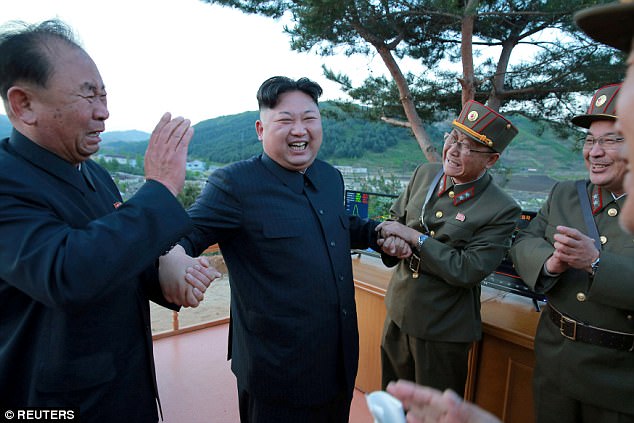 The United States announced sanctions on two North Korean officials behind their country’s ballistic missile program on Tuesday, while Russia reiterated an offer to mediate to ease tensions between Washington and Pyongyang.

The new U.S. steps were the latest in a campaign aimed at forcing North Korea – which has defied years of multilateral and bilateral sanctions – to abandon a weapons program aimed at developing nuclear-tipped missiles capable of hitting the United States.

The U.S. Treasury named the officials as Kim Jong Sik and Ri Pyong Chol. It said Kim was reportedly a key figure in North Korea’s efforts to switch its missile program from liquid to solid fuel, while Ri was reported to be a key official in its intercontinental ballistic missile (ICBM) development.

The largely symbolic steps block any property or interests the two might have within U.S. jurisdiction and prohibit any dealings by U.S. citizens with them.

The move followed new United Nations sanctions announced last Friday in response to North Korea’s Nov. 29 test of an ICBM that Pyongyang said put all of the U.S. mainland within range of its nuclear weapons. Those sanctions sought to further limit North Korea’s access to refined petroleum products and crude oil and its earnings from workers abroad.

North Korea declared the U.N. steps to be an act of war and tantamount to a complete economic blockade.

The standoff between the United States and North Korea has raised fears of a new conflict on the Korean peninsula, which has remained in a technical state of war since the 1950-53 Korean War ended in an armistice, not a peace treaty.

Washington has said that all options, including military ones, are on the table in dealing with North Korea. It says it prefers a diplomatic solution, but that North Korea has given no indication it is willing to discuss denuclearization.