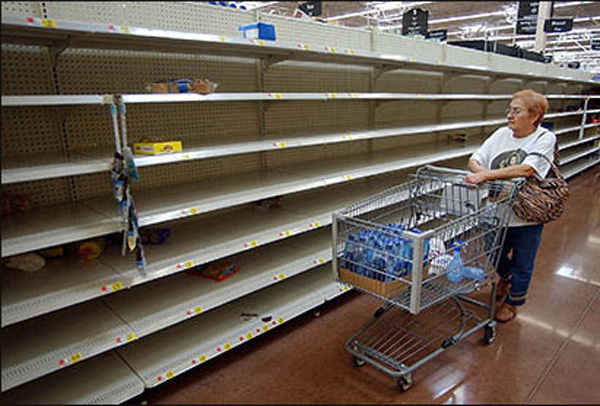 But the cash crunch that has helped worsen the country’s economic crisis is finally forcing the government to make an unusual request of its trading partners, including pharmaceutical companies from which the government buys medicine for the country’s hospitals: Would they accept payment in diamonds, gold or other precious stones?

According to the Wall Street Journal, companies were baffled by Venezuela’s offer. As for whether they accepted it: That’s not clear.

The proposed exchange perplexed the pharma representatives, whose companies had no policies on accepting precious gems and metals as payment, according to three people familiar with the meeting last month where Venezuela’s health minister made the offer.

While it isn’t clear if any of the companies accepted it, the proposal underscores how Venezuela’s economic collapse is forcing President Nicolás Maduro’s embattled administration to improvise to pay for goods as severe dollar shortages push the country toward a barter society.

As WSJ pointed out, using commodities as payment isn’t uncommon for large global companies trading in mining or oil. But it’s almost unheard of as a way to settle debts to other sectors like pharmaceuticals. The trend also mirrors the rise of bartering on the streets of many Venezuelan towns and cities.

In this capital city’s sprawling Petare slum, residents like 25-year-old baker Norvis Bracho use Facebook groups—some with more than 100,000 members—to post pictures of sugar and corn flour offered in exchange for beans or blood-pressure pills.

“This is how we get by every day,” said Mr. Bracho, a member of 13 Facebook and WhatsApp networks where he trades everything from bread to computer parts.

On a recent day, Mr. Bracho’s family, thrilled to see hard-to-find Coca-Cola sold on the streets, rushed to purchase a dozen 2-liter bottles with a debit card.

“This will come in handy to exchange later,” his aunt, Ruth Villarreal, said.

The Venezuela bolivar has depreciated more than 97.5% against the dollar over the past year. And economists expect annualized inflation to surpass 2,000% during the coming year, even as the price of oil has steadily crept higher.

Given the country’s opaque finances, it isn’t clear how much Venezuela holds in certified precious metals and stones.

The Socialist government unilaterally pulled out of the international Kimberley Process, which certifies the origins of diamonds, for eight years until it re-entered in 2016. Much of the country’s mining of diamonds and other valuable minerals is in the hands of wildcat miners in the lawless, jungle-covered states of Amazonas and Bolívar.

But to help stave off bankruptcy, President Nicolas Maduro recently promised that the country would back a soon-to-be-launched digital currency with $5 billion of gold and oil.