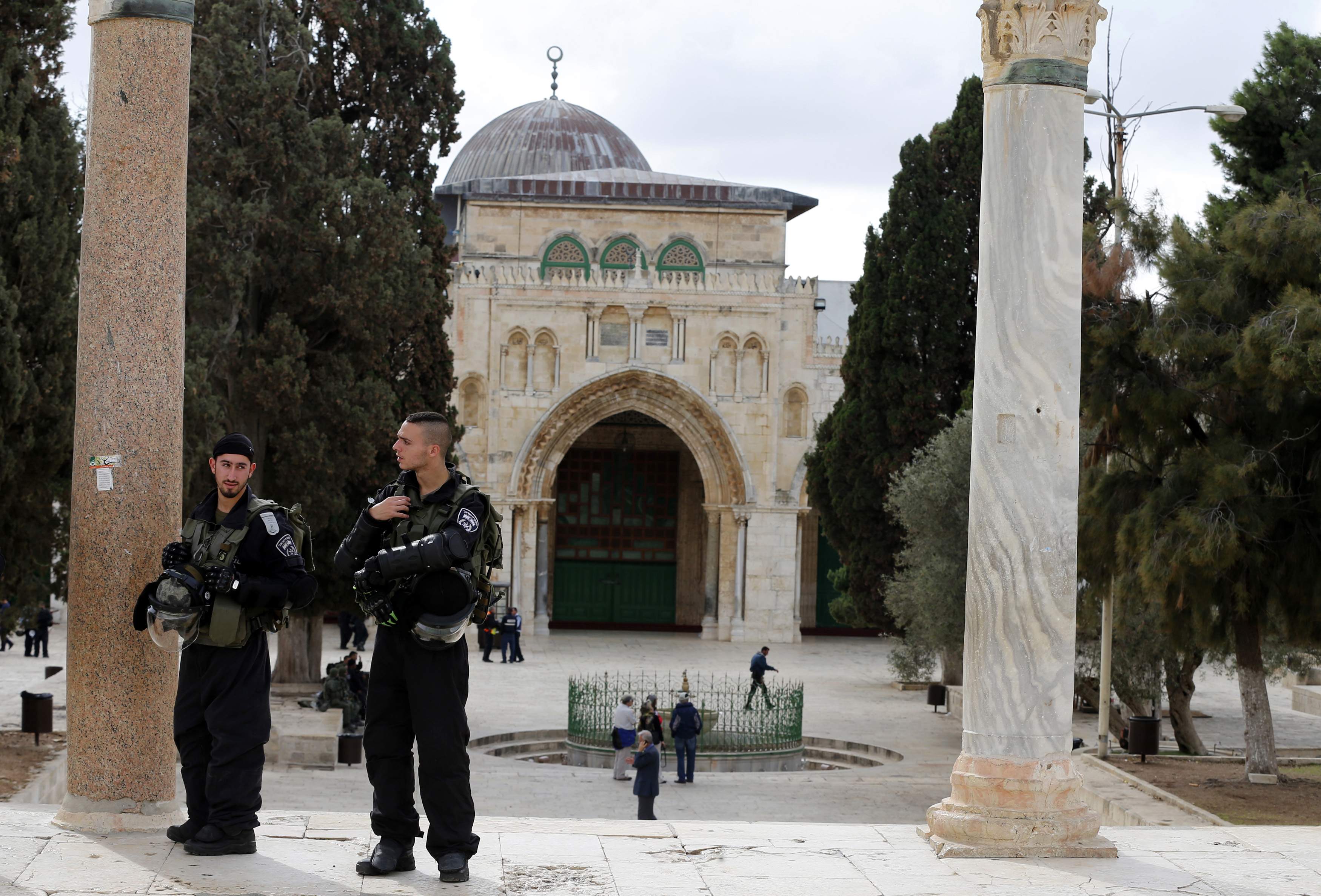 
Jerusalem (AFP) – A Palestinian stabbed an Israeli security guard to death in Jerusalem’s Old City on Sunday before being shot dead by a police officer, Israeli officials said.


The stabbing came with concerns over the potential for an upsurge in unrest in the coming weeks as the United States prepares to move its embassy in Israel to Jerusalem.


The security guard was taken to hospital in serious condition suffering a stab wound to his torso, medics said.


The hospital later announced he had died from his wounds. Israeli media reported that he was in his 30s, with some reports saying he was off-duty at the time.


Israel’s Shin Bet domestic security service identified the assailant as Abdul Rahmani Faddal, 28, and a father of two from Aqraba near Nablus in the north of the occupied West Bank.


The attack comes after a Friday car ramming by a Palestinian near Jenin in the northern West Bank that the army said killed two Israeli soldiers and wounded two others.


Tensions were high after Palestinian Islamist movement Hamas called for a day of rage on Friday to mark 100 days since US President Donald Trump’s controversial recognition of Jerusalem as Israel’s capital.


Palestinians also see the city as their capital and Trump’s recognition broke with decades of US policy that Jerusalem’s status would be negotiated between the parties.


Palestinian leaders have boycotted Trump’s administration over the declaration, though the White House says it still plans to push ahead with its efforts to restart peace talks.


At least 32 Palestinians and four Israelis have been killed since Trump’s announcement, which set off major protests.


The United States is planning to open its new embassy in Jerusalem in May to coincide with the 70th anniversary of Israel’s founding.


Palestinians commemorate May 15 as the Nakba, or “catastrophe,” marking when hundreds of thousands of Palestinians either fled or were expelled in the 1948 war surrounding Israel’s creation.

Canada Directs Workers To Use “Parents” Instead Of ‘Mother & Father’; Switches Back After Confusion